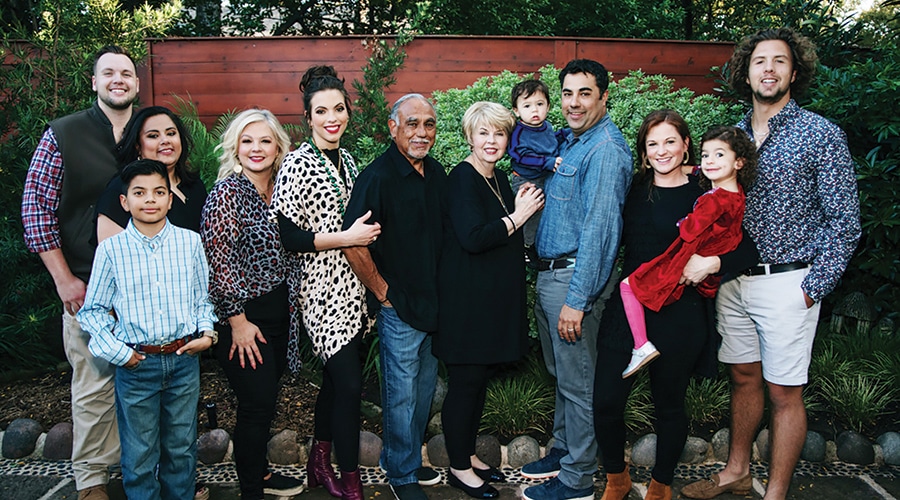 By June Naylor
Photos courtesy of the Lancarte family

He had knee surgery; she was in treatment for breast cancer. Then the pandemic hit. Through it all, Lanny and Jody Lancarte have maintained the well-honed work ethic that has come with a lifetime of running Joe T’s.

Soon after she married Lanny Lancarte 50 years ago, Jody Lancarte realized that the best way to see her husband was to join him at his family restaurant. To this day, the two most familiar faces at Joe T. Garcia’s find that staying busy at the Northside icon — even through great difficulties — suits them well. 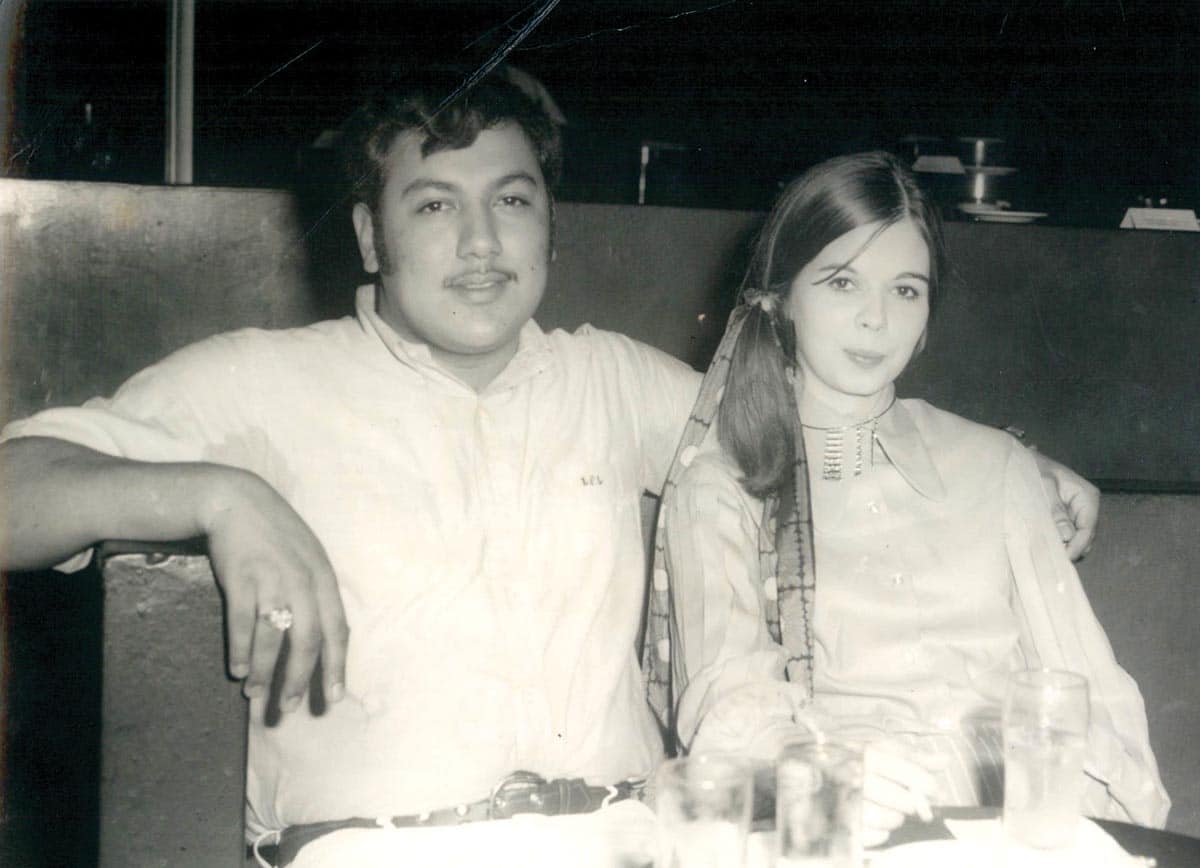 Lanny and Jody through the years: Hair and clothing styles change, but the demands of running one of Fort Worth’s most popular restaurants never do. Photos courtesy of the Lancarte family. 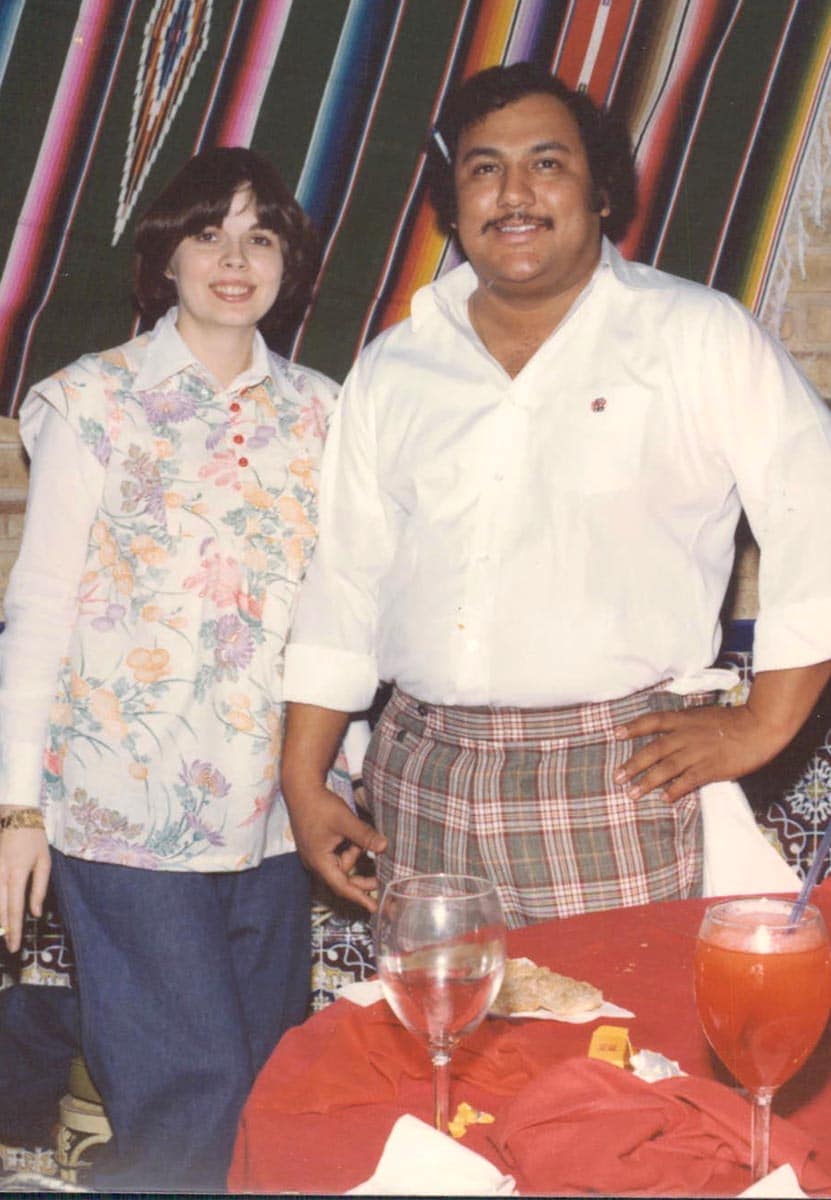 “I got tired of sitting at home by myself, so I went to work at Joe T.’s,” she says, laughing as she sips a cup of coffee. In his defense, Lanny looks at her and says, “The day we decided to get married, I told you, ‘You know I work all the time.’ “ The Crestwood residents — both North Side High School graduates who met through Lanny’s late brother, David — have known little other than life inside the institution, which turns 85 on July 4. The couple only began taking real family vacations — they have three kids and six grandkids — in recent years. And making time just for themselves still doesn’t come easily; they celebrated their 50th anniversary in February over a bucket of popcorn at a movie theater.

Their work ethic serves them well, especially when they’re faced with their biggest challenges yet. Their combined DNA may be a blend of keep on plugging and no complaining, yet they still found themselves caught short by a perfect storm of cancer and treatment, knee surgery and a pandemic this spring.

“Our whole lives were turned upside down,” Jody says of the restaurant closing forced by COVID-19. “And things were already going kind of sideways to start with.”

The shift meant learning an entirely new business structure. Pre-pandemic, a typical night found the two — along with co-owners who include Lanny’s five siblings — managing a staff of hundreds and hosting numerous dinner tables of 20 to 30 guests sipping signature margaritas and enjoying Mexican combo plates. And that’s in addition to overseeing as many as seven birthday parties and rehearsal dinners of more than 100 patrons each, all happening at the same time, in the several private dining spaces strewn across the sprawling grounds of Joe T.’s.

In mid-March, however, Jody’s weekly chemotherapy — she was diagnosed with breast cancer around Thanksgiving, had a lumpectomy by year’s end and was hospitalized in January with complications — coincided with Lanny’s knee surgery. Within a few days, government orders closed restaurants, exactly as treatment sapped Jody’s energy and hobbled Lanny. Nevertheless, they retooled immediately, aided by family. Son Lanny II, who was busy refocusing service plans for his own restaurant, Righteous Foods, helped his parents and the other Lancarte owners figure out a massive shift for curbside and delivery service. 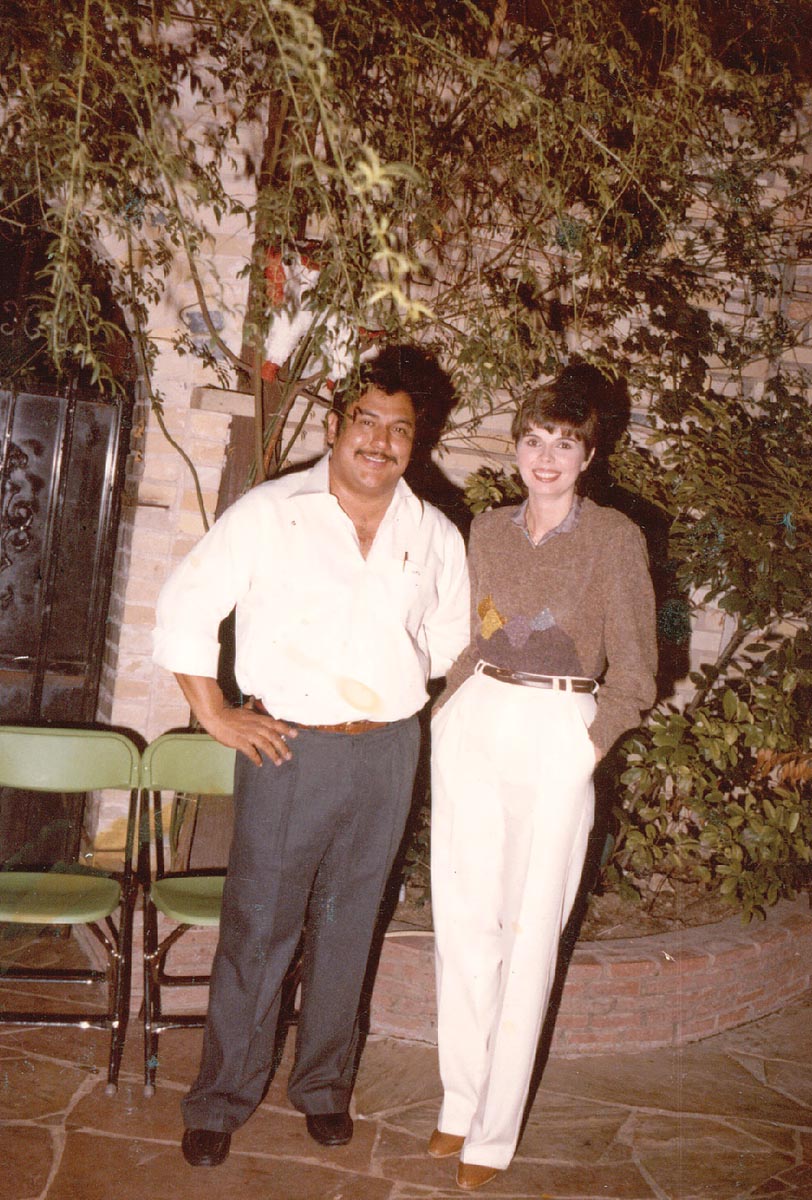 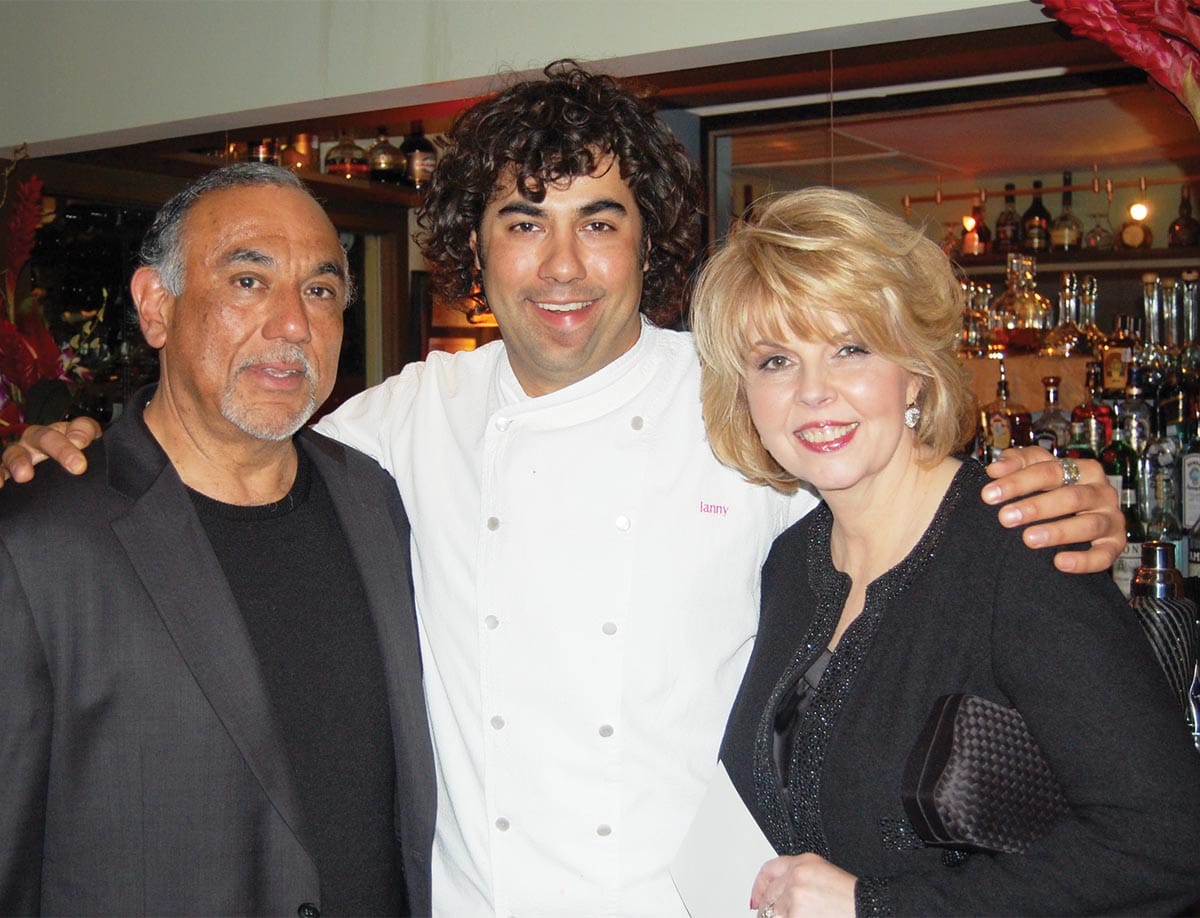 Lanny and Jody with son Lanny II, who runs his own restaurant, Righteous Foods, a catering company and the newly launched Eat Fajitas.

“That first week was chaos,” says Lanny II. Though the Lancartes initially laid off 100 of 300 employees, the exploding takeout business meant rehiring dozens; seven were needed just to take to-go requests. The dramatic shift in operations included delivering orders for the first time in the restaurant’s history and turning private dining areas into takeout staging spaces. “We found out you can make money doing takeout. The margarita kits sell well; they’re half of our sales,” Jody says, noting that the revamped restaurant service remains cash-only.

Just as the new normal became somewhat familiar, Jody began radiation. And then came the decision about reopening at 25 percent when government restrictions loosened. For Lanny, there was no question: “We are always here, we are where people go for Christmas Eve, for special occasions. We have to be here for Fort Worth.”

He likes routine — he goes to the restaurant before dawn every morning for the moments he calls “my peaceful time” to greet the birds and watch his profusion of flowering gardens wake up, before a daily breakfast date with Jody, followed by a regularly busy lunch rush. But Lanny also thrives on procedure and structure. “Now it’s more hands-on than ever. It’s like being a conductor, making sure high school busboys and door hostesses aren’t standing next to each other, watching the kitchen guys to make sure they’re at least 6 feet apart. I keep telling everyone, ‘C’mon, let’s do this.’ “

Having an enormous restaurant enables the Lancartes to enforce table distancing more easily than other dining establishments might. Moving half their tables to storage allows them to seat at 25 percent capacity, but having fewer tables in play means lines of waiting patrons are longer than ever. Again, it’s family to the rescue, Jody says. Lanny’s siblings Joe, Zurella and Liz enjoy talking to all the customers (brothers Phillip and Jesse run Esperanza’s around the corner and on the Near Southside). The next generation, including Lanny and Jody’s daughters, Kelly and Leah, work in the offices. Nephews Joe Jr. and Elliott, niece Hope and grandchildren Kent and Isabella work front of the house.

It’s how the Lancartes get to spend time with family — and always will. Jody and Lanny wouldn’t have it any other way. 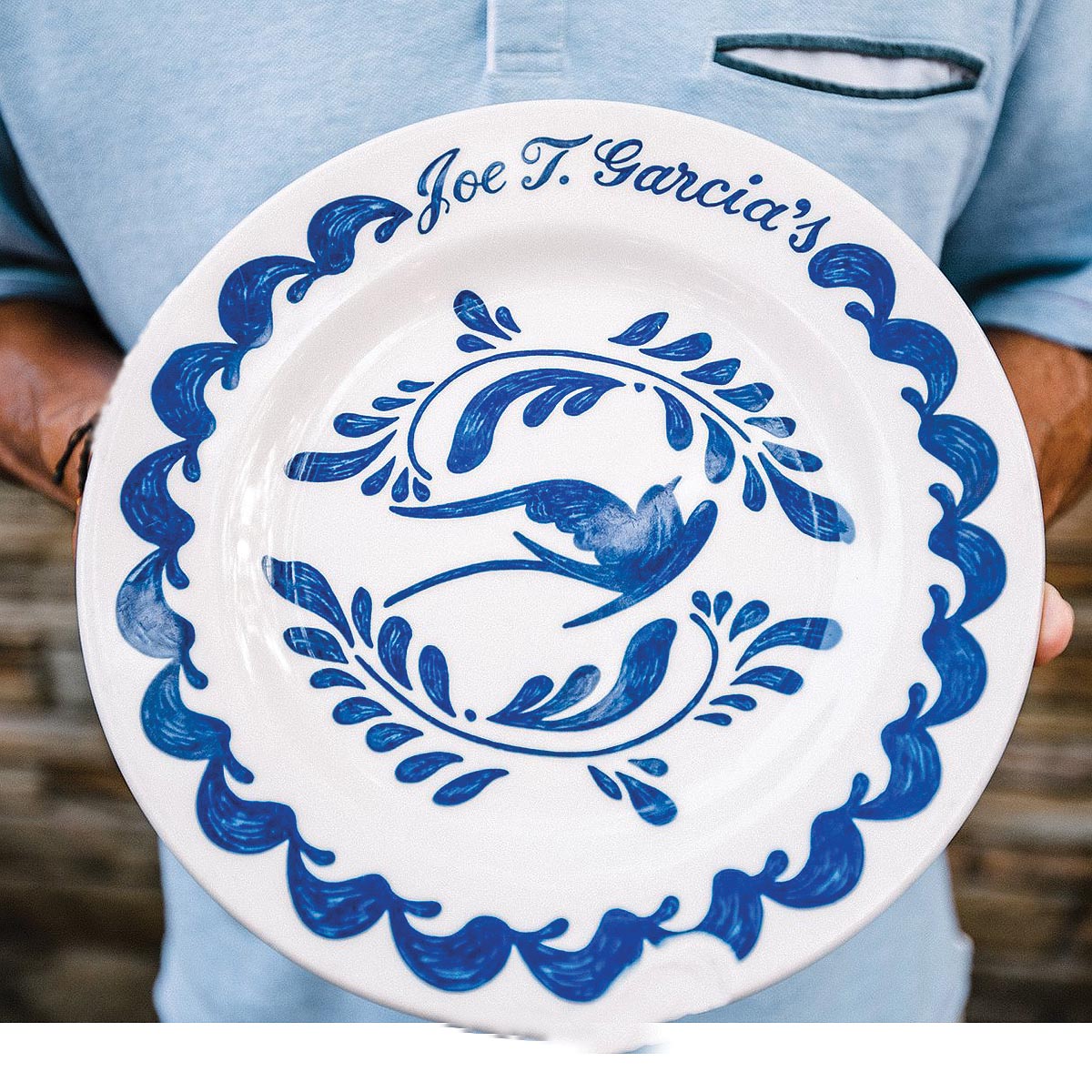