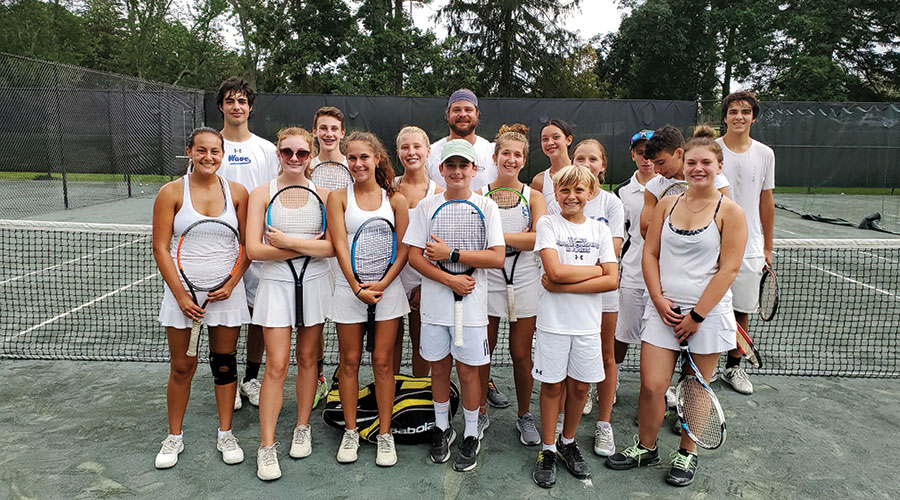 After 17 years as a tennis instructor in Connecticut, Gene DeVito now calls Fort Worth — and pickleball courts — his home

While it’s not quite the familiar “thwap” of a tennis ball coming off the sweet spot of a tightly strung racket, the sound of a plastic ball striking a rubber-faced paddle is still music to our ears.

It’s 8:30 on a sunny weekday morning, and four ladies looking to improve their pickleball game have gathered at Courtside Kitchen for a lesson.
Private pickleball courts have sprung up at country clubs and tennis facilities around Fort Worth, but Courtside is the first public facility dedicated to the fast-growing sport. Both experienced players and newbies are wrangling
court time day and night.

Gene DeVito, Courtside’s head pickleball pro, is taking the quartet through warmups, offering encouragement and support. They transition to playing a set. DeVito forgoes the somewhat convoluted pickleball scoring system and has the women concentrate on technique. Having taught tennis for 17 years, with students from age 3 to 84, he’s a natural at the small court game. 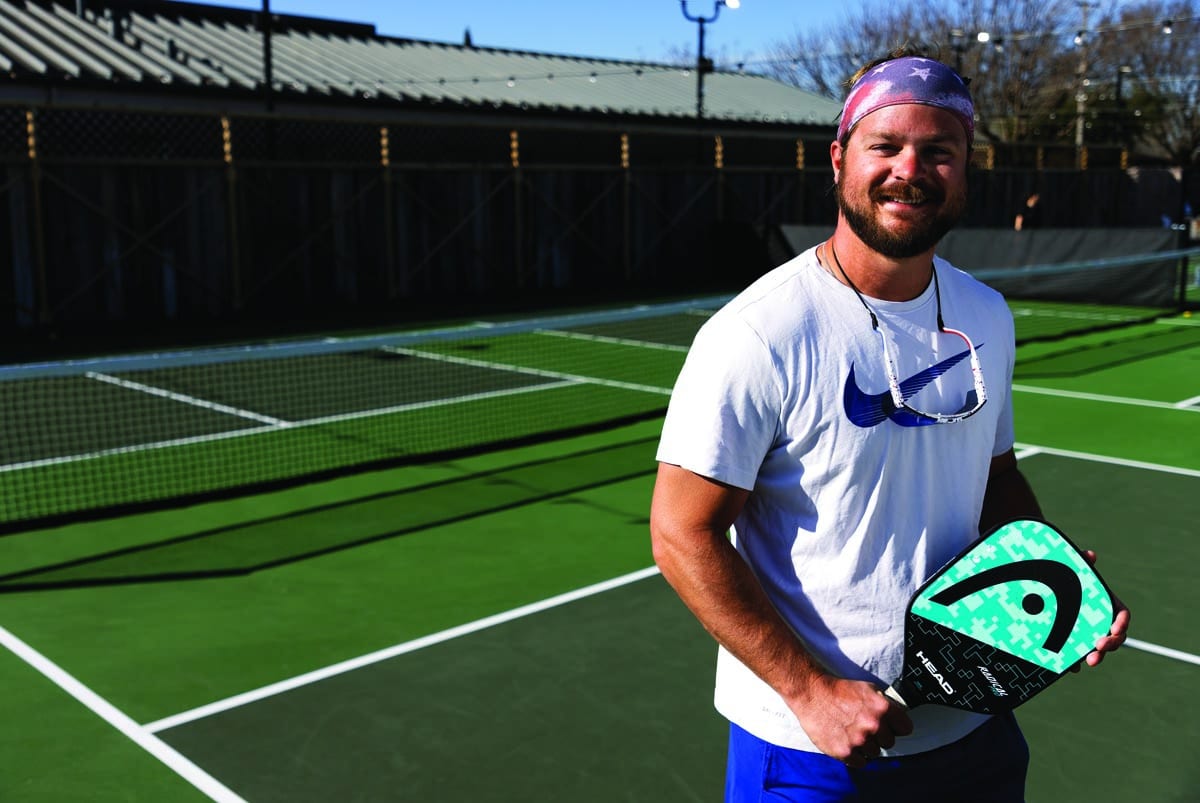 Gene DeVito, a longtime tennis player and instructor, has come to embrace pickleball. 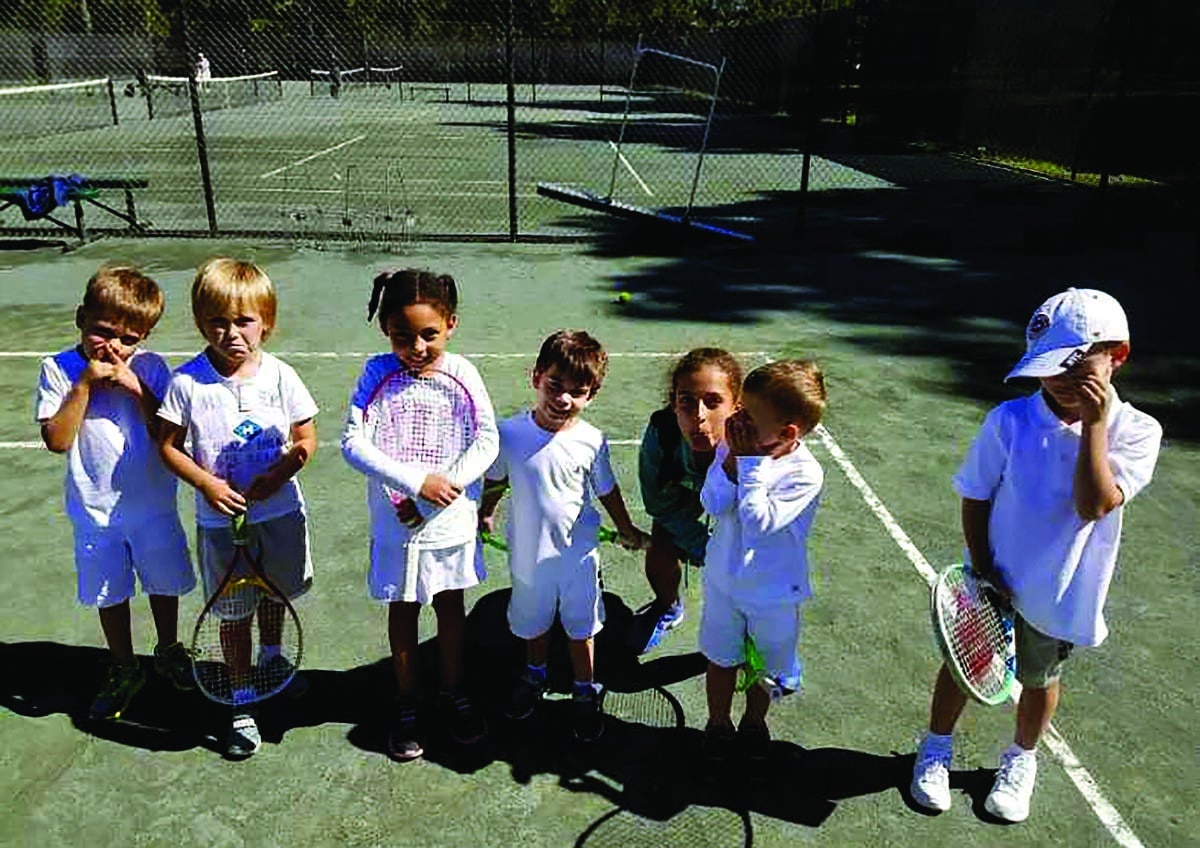 DeVito was born into an athletic family in Stamford, Connecticut, where he grew up. His father played football, and his stepfather played and coached tennis at Stamford’s Italian Center. That popular recreational center became a second home for DeVito as his own tennis career advanced. He started teaching the sport when he was 17. His first students were young, 3- and 4-year-olds, but DeVito had an aptitude for working with kids. The same now goes for adults.

“If you take my 90-minute intro class, you’ll leave here being able to play and enjoy the sport,” says DeVito.

DeVito admits that he never thought about playing the game until a few years ago, but now he’s all-in when it comes to pickleball. “A couple of guys kicked my butt the first time I played. But I realized my knees and hips weren’t getting any younger, and pickleball is a lot easier on the joints.”

He moved to Fort Worth from Connecticut at the start of 2022, and the game is now part of his new life. He got the Courtside job thanks to a series of events that began with a long road trip with his fiancee and their dog.

DeVito’s ties to Stamford were strong thanks to his career as a tennis instructor (he also taught math and science). “I had the same kids from the time they took their first lessons until they got out of high school. When they start young, you’re more of a babysitter, but as they grow up, it becomes more about tennis.”

He later taught adults, many of whom were parents to the kids he had coached. “They became like family to me. That was one of the things that made the thought of leaving Stamford difficult.”

But he had an itch for an adventure that needed scratching. He was already in a relationship with Nicole, a Long Island native who was a banker, when COVID hit. The lockdown in Stamford was quite strict, and DeVito missed being outdoors. “On Nov. 7 of last year, I woke up and decided to give notice at work.” The decision caught his friends and family by surprise, as did the couple’s plans to rent an RV and move to Texas.

“Nicole had job offers in Houston and Dallas; I thought Fort Worth might be a nice compromise as a place to live if she took the Dallas job.”

The pair packed up their stuff and Quinn, their dog, and hit the road right after getting engaged.

“I had never driven an RV, so that was a challenge and an adventure,” says DeVito. “We spent 11 days getting here, with stops in Nashville, St. Louis and Oklahoma City.” 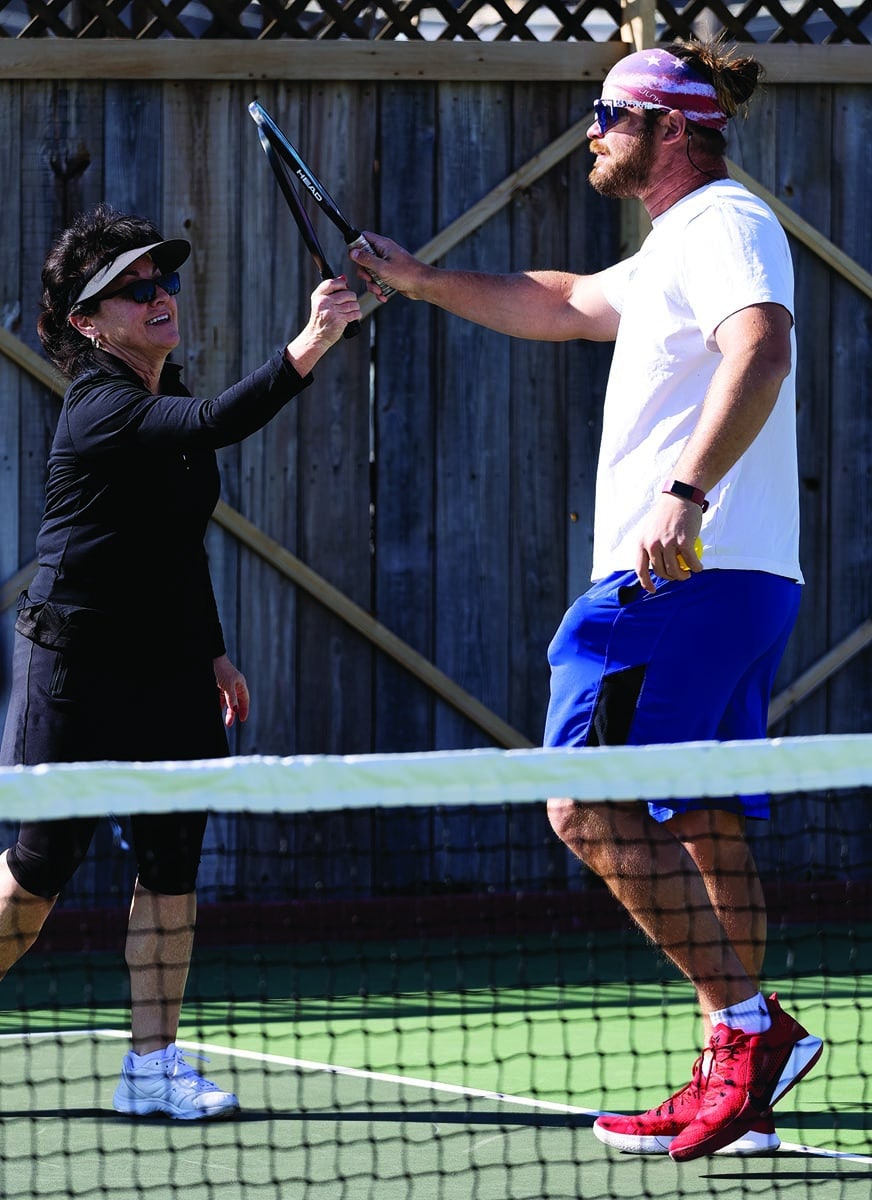 During a private lesson at Courtside Kitchen, DeVito is serious about helping people improve their game, but he also likes to have fun. Support, encouragement and laughter are all part of his training tools. 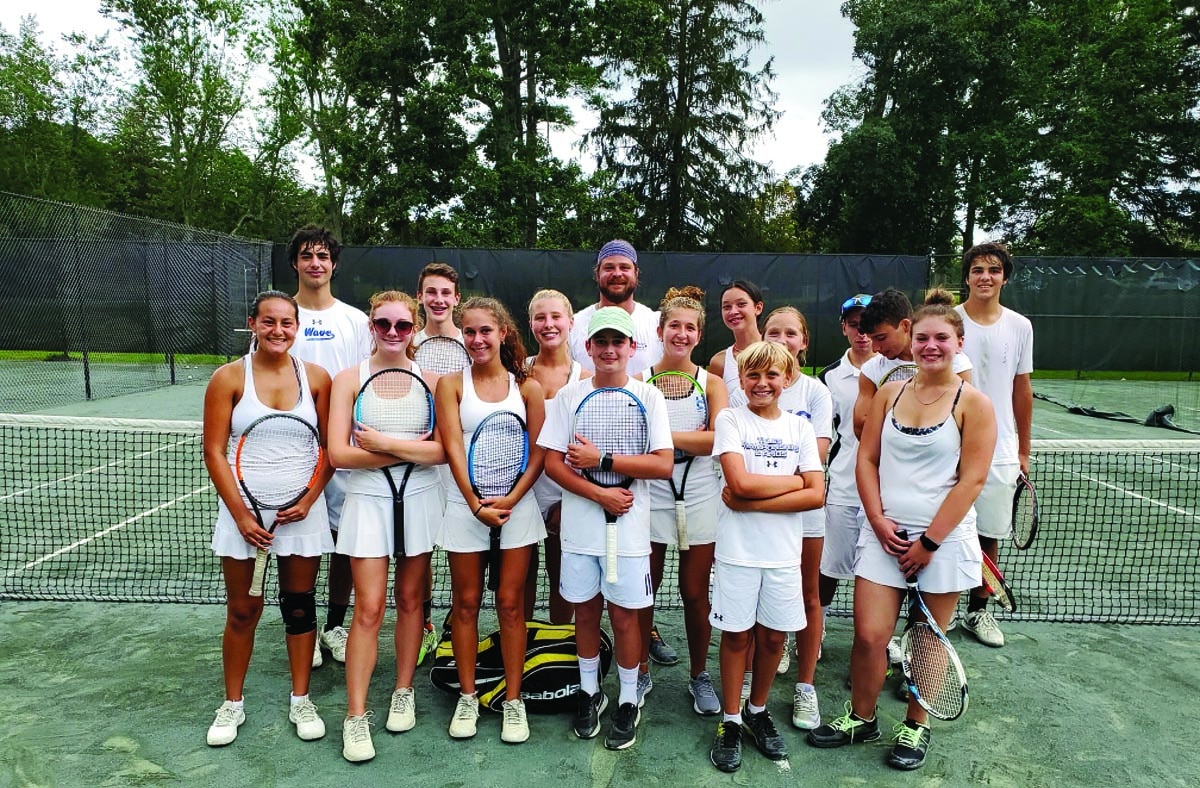 DeVito with his students in Connecticut last summer. He hopes some of them can visit him here.

They made it to Fort Worth on Dec. 30 and wandered around the Cultural District that weekend. One of their stops was at Fred’s Texas Cafe. Not realizing it was the restaurant’s last day open before relocating, they were amazed at the big crowd and the fact that the cafe was running out of food. Chatting with patrons, they got tips on other bars and restaurants to check out.

DeVito, amazed at how friendly everyone was, found it easy to strike up conversations. One man, Carlos Cueva, overheard him talking about his tennis career and told him that Courtside Kitchen was looking for a pickleball instructor. He turned out to be the general manager of the new business and gave DeVito his business card, suggesting he meet the owner.

After just a few days in Fort Worth, DeVito had a new racket. “We love it here and found a great apartment near downtown. Thanks to a Connecticut friend who has friends here, I’m still giving private tennis lessons, too.”

He worked on his pickleball skills not only by putting in time on the court but by studying YouTube videos. “I have to admit, it’s kind of addictive once you start playing.”

For anyone who thinks the sport is new, think again. It got its start in 1965 in the state of Washington, thanks to a couple of guys who improvised some family fun during a summer vacation. They scrounged up some old pingpong paddles and a plastic wiffle ball, lowered the net on a badminton court and created a new game everyone, young and old, could play. By the ’90s, pickleball was being played in all 50 states. From there, it grew in popularity, with an official governing body to establish rules, sanction tournaments and foster growth of the sport. Players range from the “I can hold a beer and play this game” types to serious tournament players. Now if they could just do something about that scoring system. You can see the original court, learn how the sport got its name and meet the game’s founders and their families via videos at the USA Pickleball organization website. usapickleball.org

Courtside Kitchen Opened at the beginning of the year, the restaurant has a full bar and kitchen with a menu that goes beyond standard snacks (but, yes, there are fried pickles). In addition to the pickleball courts (you also can rent gear), there’s an outdoor patio. Make reservations via the website.