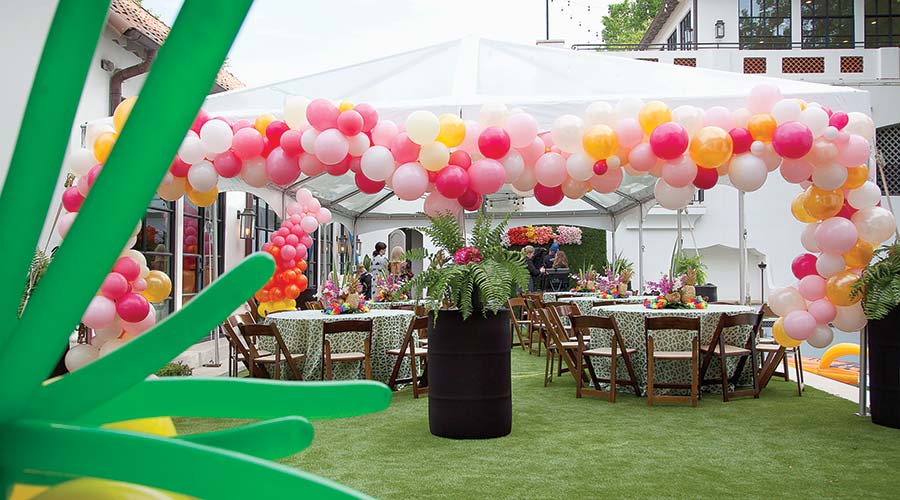 For 35 years, event planner Jan Simus has put her special touch on everything from birthday parties to weddings.

She acknowledges that in many ways she is the person everyone and no one knows.

Mention Jan Simus Events at any Fort Worth gathering and you’ll witness lots of head nodding and exclamations about this dinner or that celebration. But the woman behind 35 years of memorable weddings, conventions, fundraisers and parties is content to step behind the curtains when it comes to acclaim. Bring on the planning, transport and setup, however, and she is central to the action, known to move furniture single-handedly. Doing it all in her high heels is her superpower.

Simus grew up on the Westside and attended Arlington Heights High School before getting a degree in marketing at TCU in 1963. Her first job after graduation was as assistant buyer for sportswear at Stripling’s department store. When she moved to the bridal salon, she was bitten by the events bug. “Back then, people came in to buy a dress and treated you as their wedding coordinator.”

Simus opted to stay home and raise her children until the early ’70s, when she stepped briefly into real estate before taking over marketing and catering at the iconic Walter Jetton barbecue restaurant in 1982. “That’s when I recognized how fully I loved event planning. I realized this is what I should be doing.” 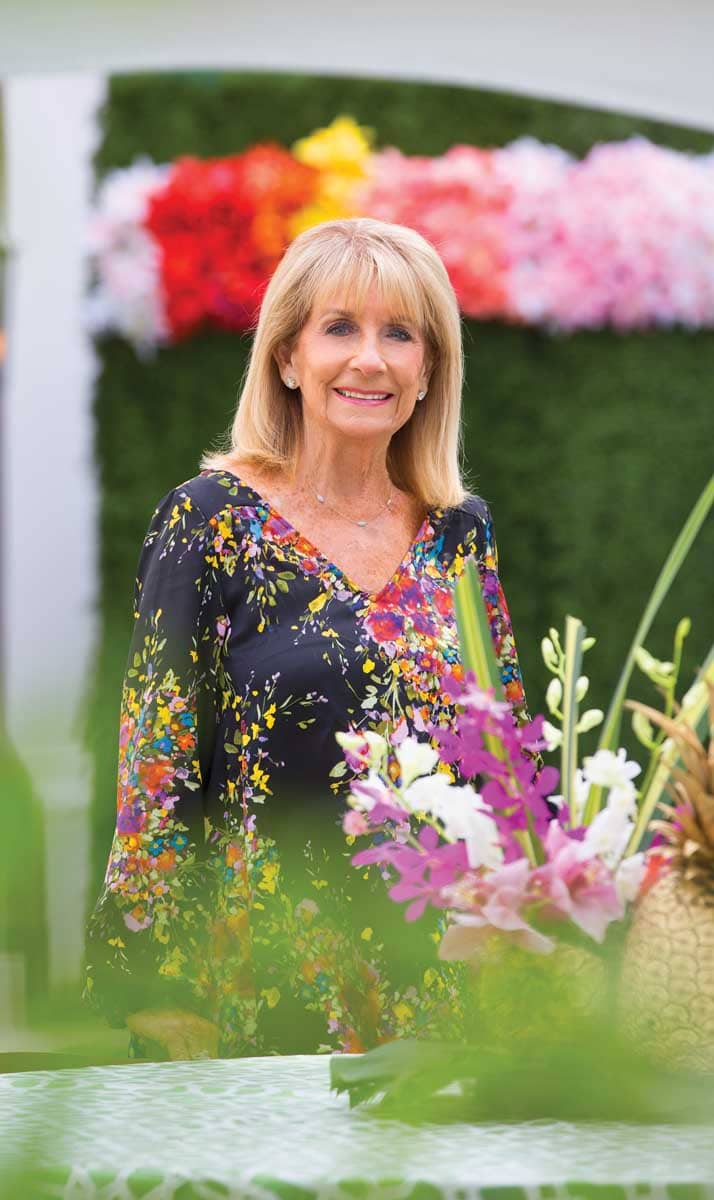 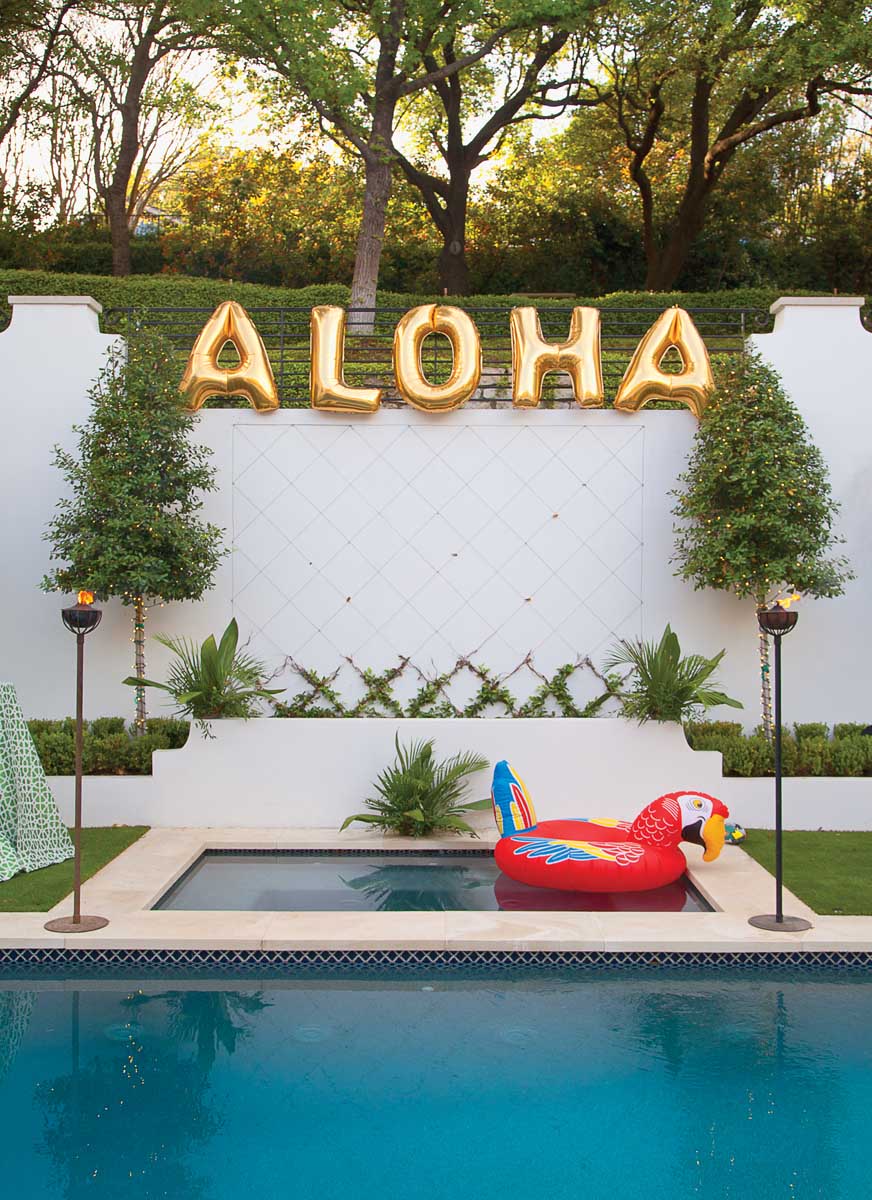 Dodging the spring storms so common in Texas, event planner Jan Simus and her team pulled off back-to-back parties over two weekends. A birthday party for twin girls featured a Hawaiian theme, complete with tropical florals, fire jugglers and more.

In 1984, she launched Combined Concepts Unlimited out of her house with partner Trudy Rains, who retired in 1998. “Getting started, we never said, ‘No, we can’t do that.’ We might have looked at each other with big eyes, but we always said yes.” Simus eventually moved the business out of her house, and home base has been on Camp Bowie’s bricks for the past six years.

The first major event for what evolved into Jan Simus Events was a huge Dallas convention organized by Paul Meyer, guru of the Success Motivation Institute. “He hired us after he’d already hired the Kilgore Rangerettes. It was a sort of a ‘You take it from here’ job. One of the first things we realized was that we had to build a stage the size of a football field for the girls to dance on, then convert it to something attractive and intimate enough to showcase a single speaker.” They got everything done in 10 days. Buzz from the successful event launched the company.

In the early ’90s, the company worked to build connections with the city of Fort Worth. Working closely with Kay Granger, then mayor, Simus created a series of open houses at 60 places ranging from Lockheed Martin to the courthouse to showcase all that Cowtown had to offer. Simus still works with Granger; one of her signatures is that she is as diligent at maintaining relationships as she is at establishing them. She has never advertised, relying upon word of mouth instead. Longtime clients’ grandchildren now depend on Simus, too. “Even nonrelatives say, ‘Don’t panic; call Aunt Jan,’ ” she says.

Simus responds with a “We’ve got this” calm, a hyperfocus on the event, be it big or small, and a dependable fleet of vendors, from caterers to florists. Fundraisers include the annual daylong shooting challenge she helped create seven years ago to benefit the Fort Worth SWAT team (her nephew is an officer). Asked by members of the nonprofit that supports the elite force to plan a gala, she convinced them that it was the wrong sort of event. This year, 20 or 30 teams of four will pay a fee to compete in the popular timed pistol, rifle and shotgun competitions she inspired.

An event she is especially looking forward to this October celebrates the 100th anniversary of the Tarrant County district attorney’s office. Her late husband was a Fort Worth DA for 38 years. They were married for six years before Tim Curry died in 2009. “My life was always so happy and bright, but he made it even happier.”

She works closely with full-time associate Kristi Wilson. “I am hoping at some point to step back and become her consultant,” Simus says. Everyone else is a hired gun or an intern. Budgets are wildly diverse. Together the two women — Wilson may be less than half Jan’s age, but no one is telling — have well-synced skill sets. Wilson is more tech forward than Simus, who says she has come into the electronic age kicking and screaming. Wilson says she has learned valuable lessons, too. “Jan has taught me that tradition and classiness will always carry the day.” And, yes, the battle to get people to RSVP is ongoing. 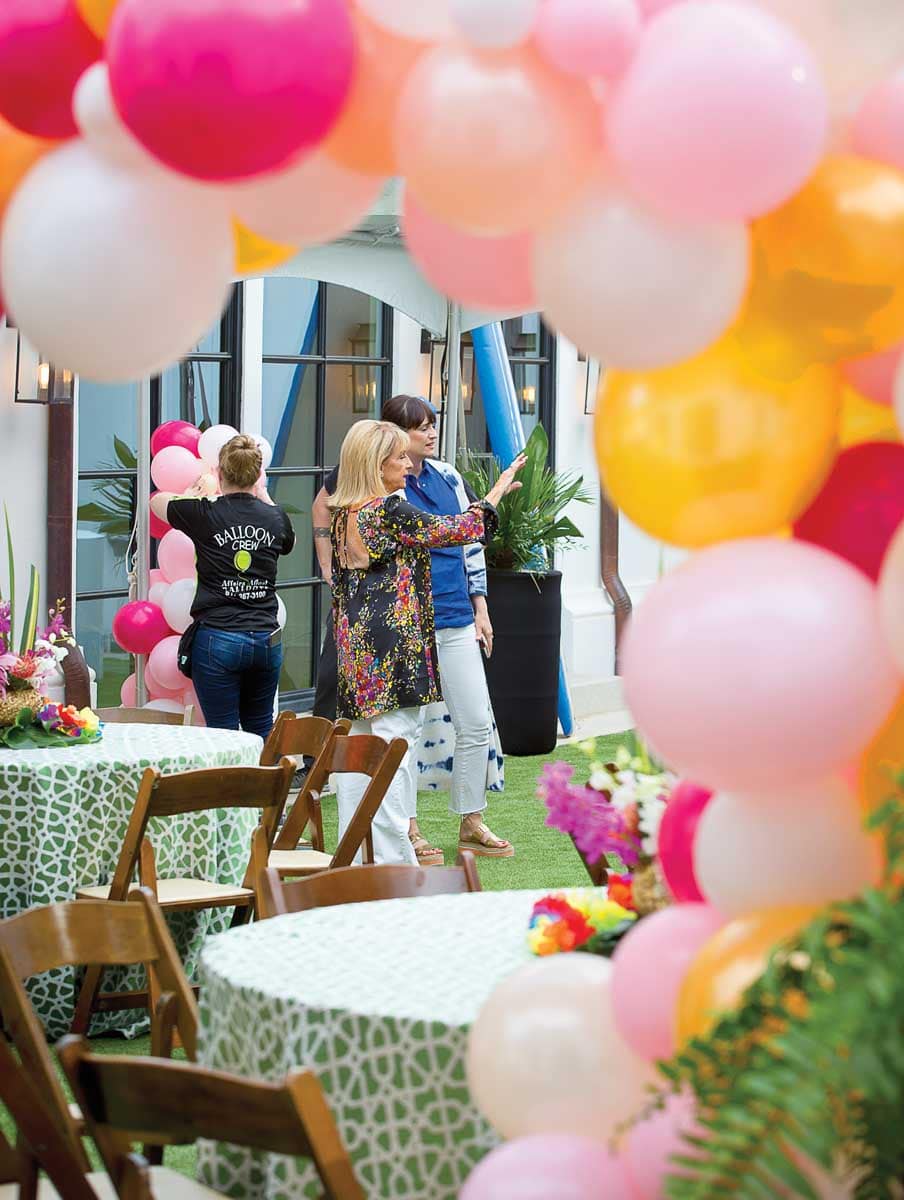 Jan works with the hostess on final details as decorations are put in place about an hour before the party.

500 Chairs unfolded, set up and draped at a wedding

3 Times the weather has scuttled an event

108 The highest temperature the day of an event

28 The lowest temperature the day of an event

1,000 Round number of miles driven for a single event in West Texas