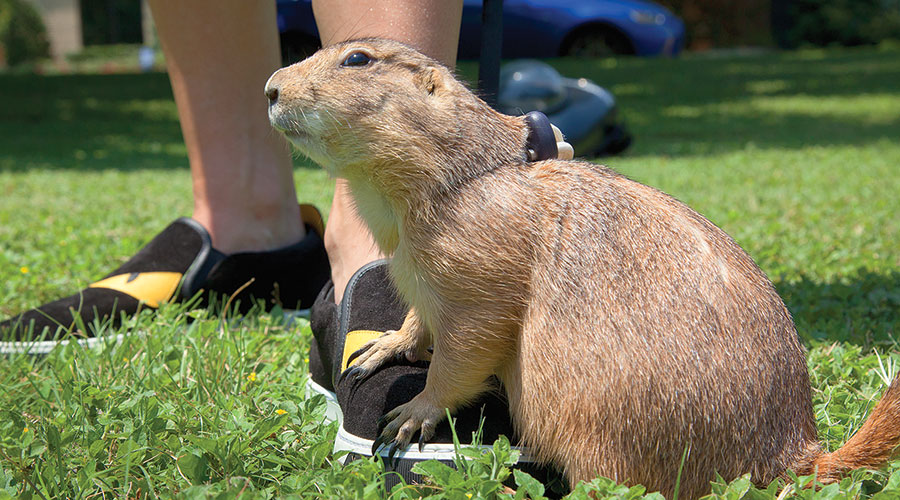 The loves of their humans’ lives, a German shepherd and a tiny prairie dog are pretty crazy about each other, too.

After following the adventures of Prince the Prairie Dog on social media, we were thrilled to learn that he lived in the 107. Emails were exchanged (not with Prince, but with his owners), and an interview was scheduled. Personal note: There’s something kind of cool about writing “Prince Prairie Dog meeting” in one’s datebook.

We did our homework in advance of our meeting. First, they’re not dogs. (We did know that.) They are considered burrowing rodents, and there are several species. Prince is a black-tailed prairie dog, which is a member of the ground squirrel family. Early French explorers called them “petite chiens” or little dogs. They make good pets only if they have experienced handlers.

None of this deterred Taylor Williams. She and husband Brad already owned two dogs, a gorgeous German shepherd named Banksy, and Coco, a senior Yorkie. 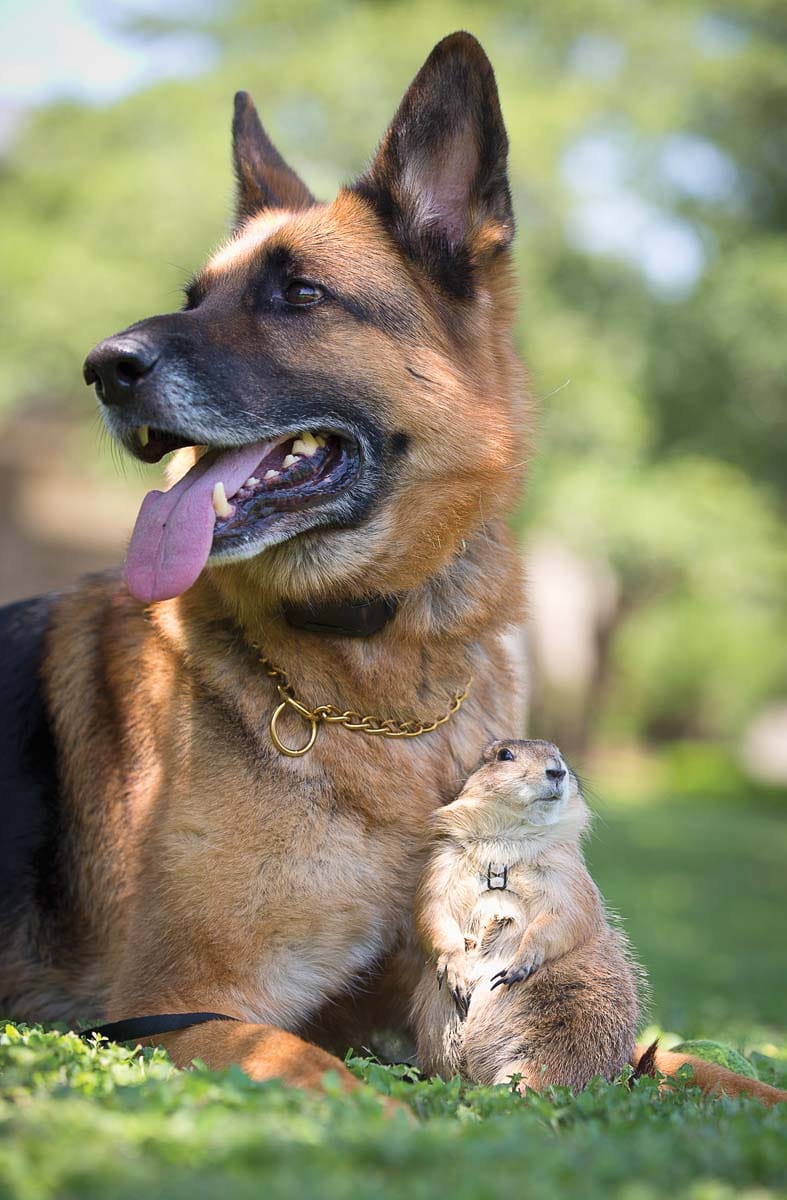 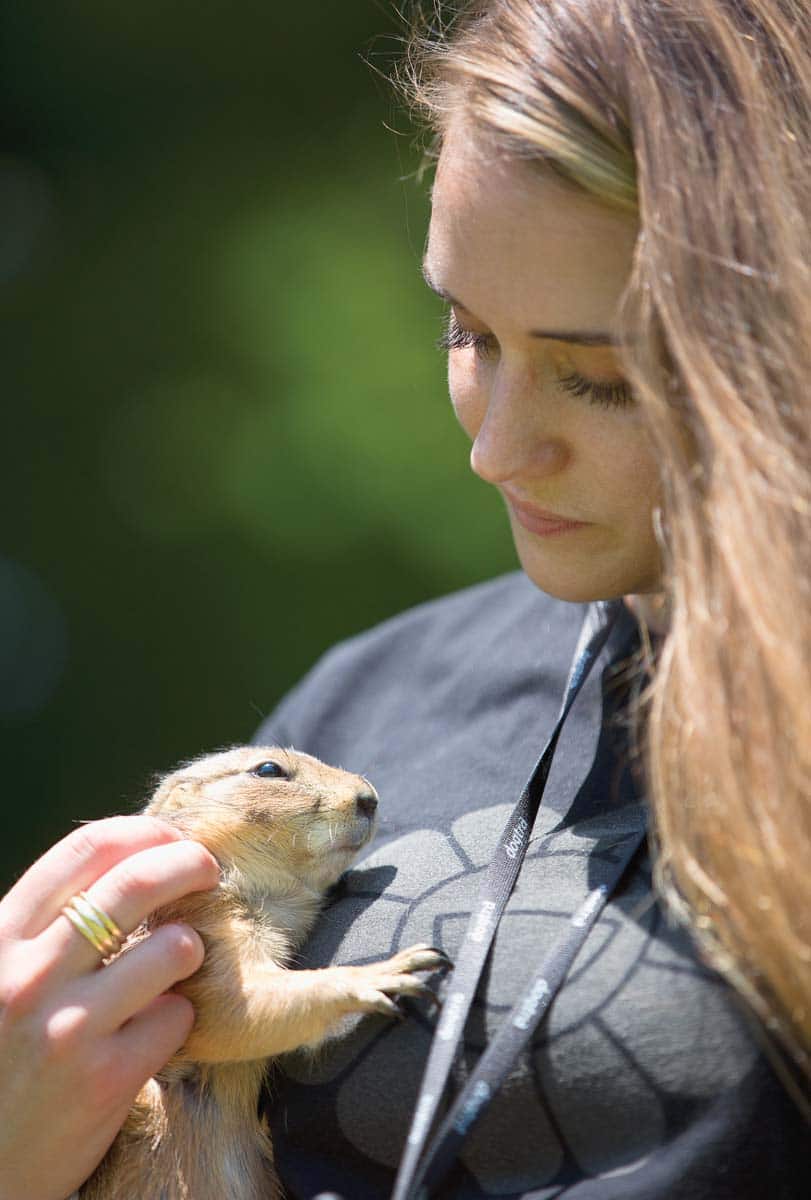 Prince is a social creature and loves to travel with the Williamses.
He has been on two airplane rides, but now sticks to car trips.

“I grew up having pet rats and missed having one. After I looked into prairie dogs and talked to some experts, I really wanted one,” says Taylor, a nurse at JPS. Brad, a programmer, was a little more hesitant and made Taylor promise to do even more research and learn everything they would need to know about owning a prairie dog.

On April 21, 2016, they brought home a 6-ounce prairie dog from a licensed exotics breeder in San Marcos. It was the first plane ride for the little guy. In other news that day, music lovers were mourning the death of Prince. The Williamses had a name for their new family member. And Prince immediately got his own Instagram page, @princetheprairiedog.

While Prince bonded with his humans, Taylor in particular, he also immediately took to Banksy. The feeling was mutual for the pup.

This odd couple plays, cuddles and naps together. Watching them made us hold our breath (we learned Banksy isn’t crazy about squirrels), but the shepherd treats Prince like a little brother.

At our meet-up spot, a local park, Banksy is obsessed with chasing a tennis ball, one of his favorite things to do. Prince nibbles on the grass, runs back and forth to Taylor and Brad and checks in on the dog. He’s pretty much oblivious to us, which makes us a bit sad. Of course, he’s a celebrity, having been featured on multiple blogs and on the television show Dog’s Best Friend, but we finally get to pet him while Taylor holds him. He’s small and soft, with big eyes.

“Prairie dogs don’t have good depth perception, so we have to make sure Prince isn’t left alone in a place where he could fall and hurt himself,” says Taylor. “He thinks he’s a small dog. He uses the doggy door at home to go into the backyard and is comfortable with us at public places.” Prince has a little harness and leash, along with a special “bubble” backpack carrier that allows him to look out of a big plastic window.

“He does like to snuggle, which we love,” says Taylor. “But he sleeps in a big cage, because he likes to burrow. He eats hay. And he can get a little aggressive, as he is possessive. He’s neutered, but it’s just the nature of prairie dogs. Which is why you need to understand them to own one.” 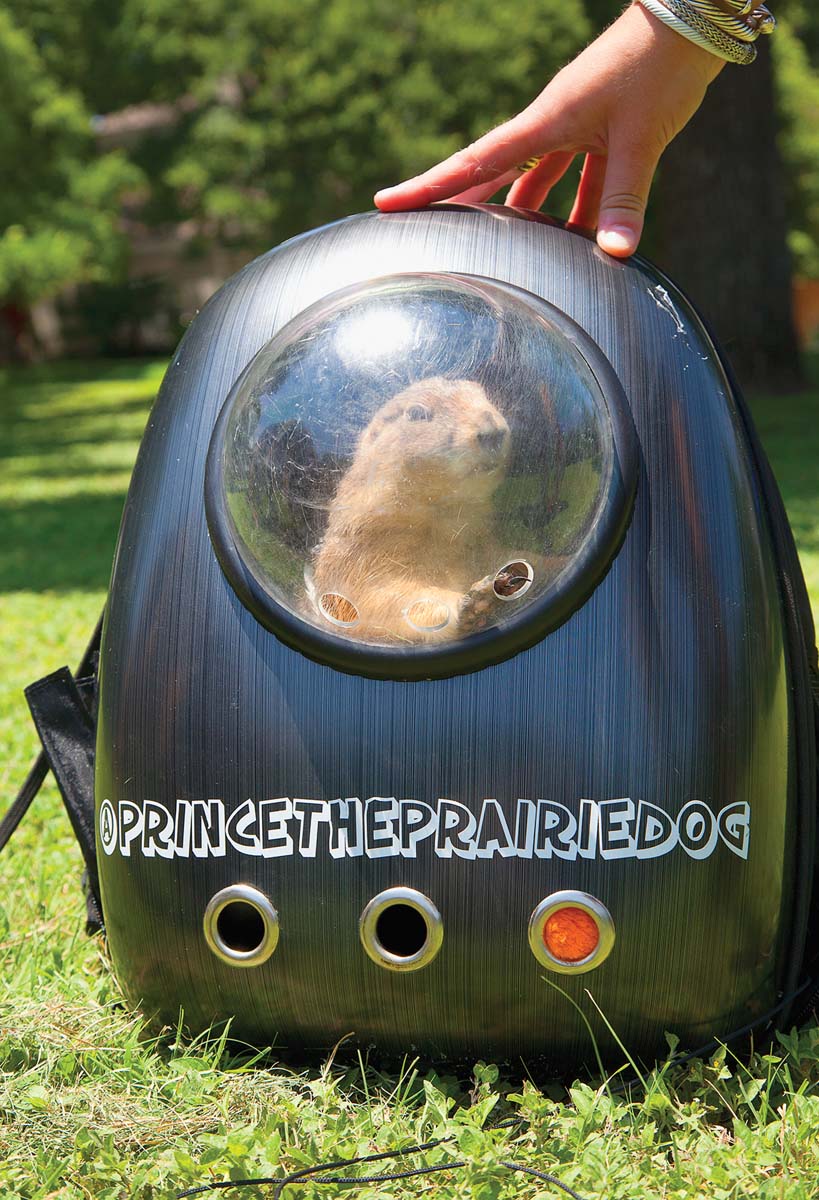 A personalized hard backpack allows Prince to check out his surroundings.