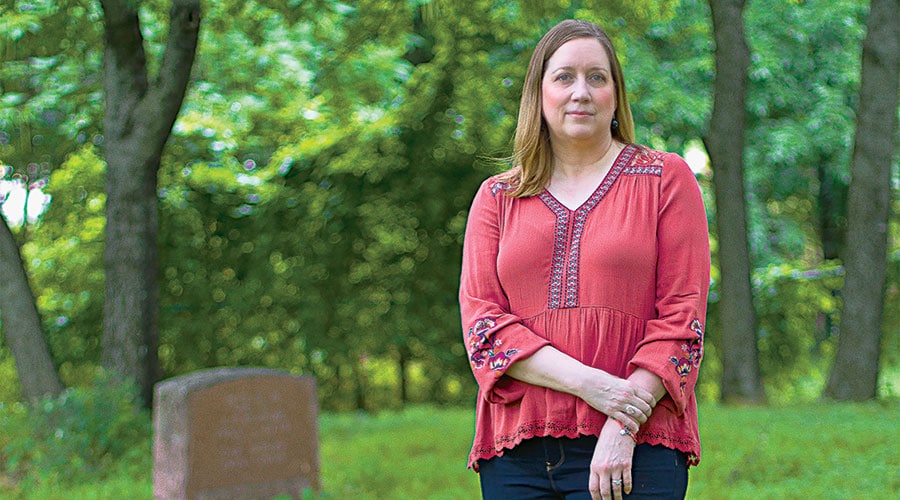 For her follow-up book to a best-selling debut novel, Julie Kibler floundered for ideas until she found inspiration in this garden of stone.

She smiles as she steps through the cemetery’s open gate, where towering oaks cast dappled shade and a stingy scattering of wildflowers blooms among the 80 or so graves. She stops at one stone marker and then another, as if paying respects to long-departed friends.

It has been at least two years since author Julie Kibler visited this tranquil burial ground in a park on the University of Texas at Arlington campus, but on a recent June morning, it somehow feels like a homecoming.

It is here, in what Arlington locals often call the “Lost Cemetery of Infants,” that she encountered the spirit of her next big story. 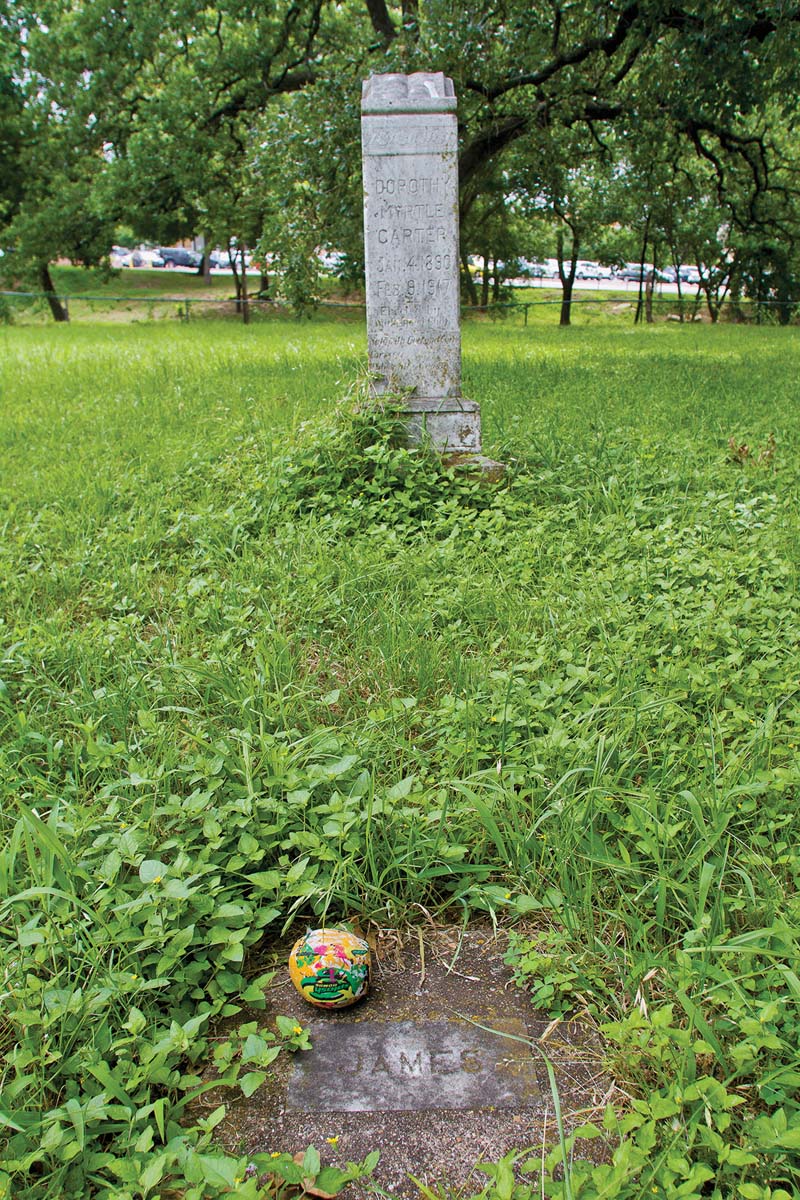 Author and Arlington Heights resident Julie Kibler learned of a graveyard dubbed the “Lost Cemetery of Infants” when she was looking for a subject for her second book.

A visit led to more research, which resulted in her latest book, out July 23.

Now, after hundreds of hours of research, two years of writing and months of editing, Kibler’s new novel, Home for Erring and Outcast Girls (Crown Publishing), is complete. It will be available July 23, followed by a book signing at 6:30 p.m. July 24 at Fort Worth’s downtown Central Library.

That’s good news for fans of Kibler’s 2013 debut novel, Calling Me Home, which rocketed onto bestseller lists and put the Arlington Heights resident’s career into a dizzying orbit. It quickly became a book club and Goodreads favorite translated into 15 languages, with movie rights optioned first by Warner Bros. Pictures and later by Kamala Films.

But things were not going as well with the new book. By the time Kibler discovered this little cemetery, this landscape of broken hearts, she had abandoned at least eight manuscripts as “not quite right.” She was on the hunt for a new story when she read a short article that mentioned this place, and she planned a visit. Almost all these graves hold children. Some lived long enough to have a name, others are remembered simply as Infant No. 6. Or 21. Or just Baby. The headstones rest flat against the ground, some adorned with dolls or other items left by visitors.

The first time she wandered through this place, Kibler remembers, she felt a tingle of curiosity followed by a strong hunch. Here at last there might be a story with legs strong enough to carry her to the end of another book. She had to know more.

Kibler is an elegant and practiced storyteller, but she has other skills. “I’m killer at research,” she says. And so, she threw herself into her new project.

This small burial ground is all that remains of the Berachah Industrial Home for the Redemption of Erring Girls, which opened in 1903 and was known by several names before it closed in 1935.

A religion-based safe haven for unwed mothers, homeless girls and drug addicts, it occupied some 40 acres with 10 buildings offering not only shelter, but occupational training as well.

Kibler dug deep, mined for details and uncovered inspiration. A chronic night owl, she hammered away at the story while the house slept, with only Sadie and Sophie, a pair of rescue dogs, for company. She made progress but wasn’t satisfied.

No matter how hard she worked, she wasn’t satisfied. The story needed a secret ingredient, a surprise, some relevant shock of modern life.

She discussed the conundrum with a writer friend, and, as Kibler talked, the solution crystallized. The friend was quick to offer enthusiastic encouragement. That was the push Kibler needed to finish the story of two women connected by the home and their stories of love, loss and friendship. A university librarian discovers their stories and history, which forces her to face her own past. 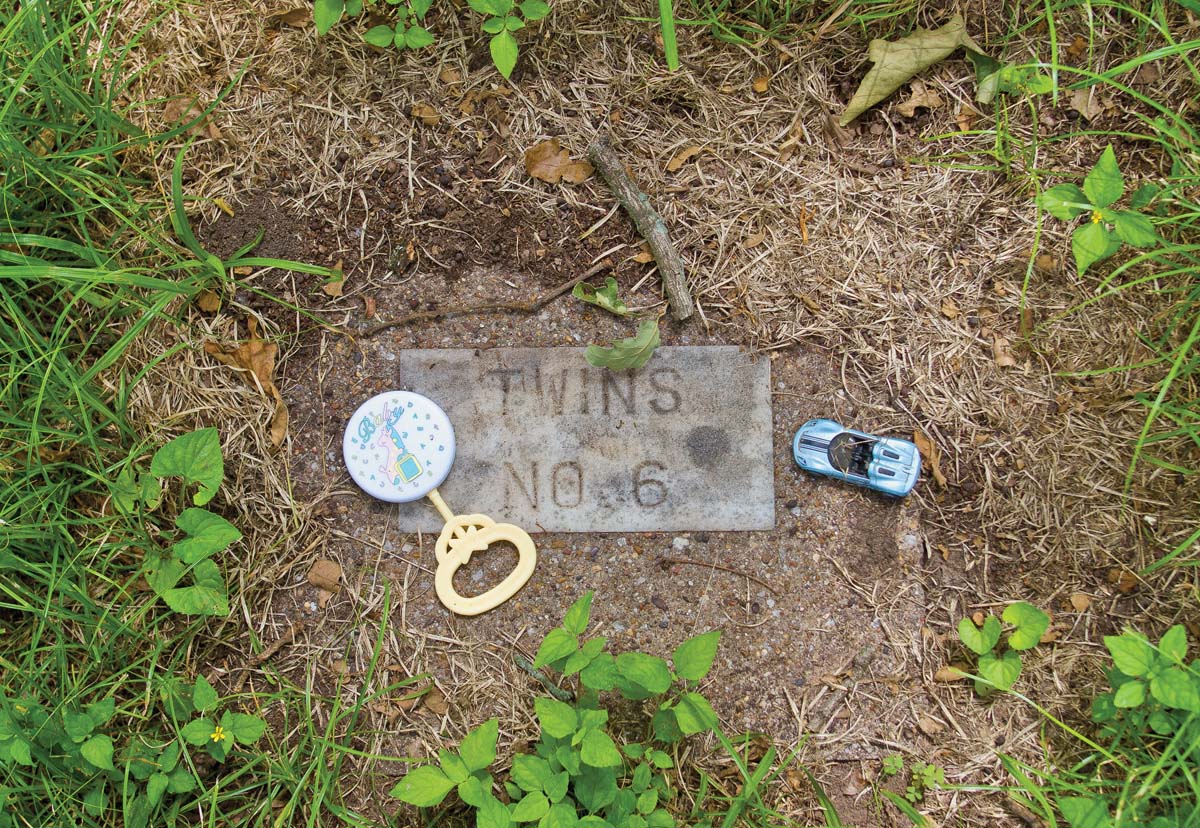 The first time she wandered through this place, she felt a tingle of curiosity followed by a strong hunch. Here at last there might be a story with legs strong enough to carry her to the end of another book. She had to know more. 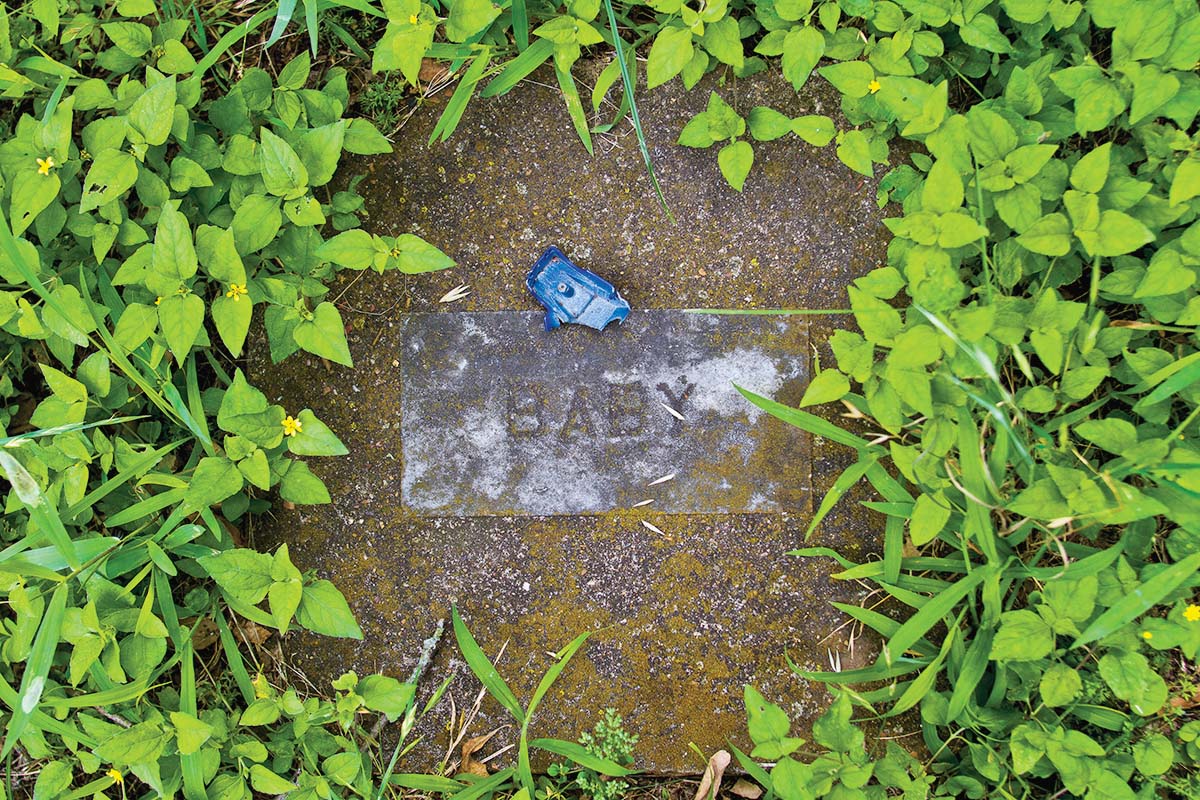 Flat headstones mark the graves of infants, many of them unnamed. Visitors often leave small memorials on or near the markers.

Kibler already is thinking about the next book. “I’ve got about three ideas rolling around in my head, but I don’t know if one of them will be ‘the one,’ ” she teases.

She’s 50-something, with a life that’s full, but changing. The three children are gone now. Her son has children of his own. The two foster kids spread their wings long ago, but the oldest keeps close contact. Every day, Kibler checks on her mom, who lives in an Arlington apartment for independent seniors.

On Sunday evenings Kibler and her husband, Todd, a Lockheed engineer, gather with about 20 friends at a Southside eatery for an unconventional worship hour. The gathering is called “Kyrie,” a word that means “Lord” or “God” and is often repeated in Christian liturgy.

She attends a book club once a month and recently enrolled in tai chi classes at the Thomas Place Community Center close to her Arlington Heights home. They’re the right mix of meditation and warrior conditioning for a preacher’s daughter who calls herself a “faithful doubter.”

Or for a writer always on a story quest.

Mary Rogers is a freelance writer. Reach her at maryrrogers@msn.com.