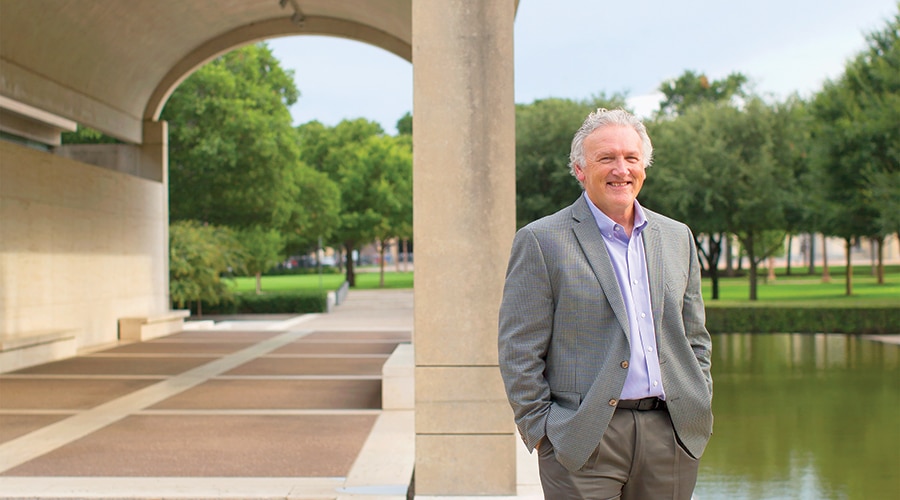 The longtime journalist finds inspiration and motivation in subjects ranging from a paralyzed teen to Mister Rogers to a beautiful museum in his neighborhood.

In three decades of news assignments for the Star-Telegram, Tim Madigan covered tornadoes and hurricanes, the disastrous raid on the Branch Davidian compound near Waco and the widespread impact of a pope’s visit to Texas. He believes his investigative work “contributed to holding the powerful to account.”

But it’s storytelling of the most human kind that resonates in and shapes the work he chooses today.

During his long newspaper career, Madigan fondly recalls working on stories about “good people who have found themselves in difficult and tragic circumstances and managed to find a way to persevere.” He points to the story about Kevin Curnutt, a teenage boy shot off his motorbike in Arlington in 1981. “His friend was killed and Kevin was paralyzed, but somehow over the years he managed to put the pain and bitterness behind him to become one of the wisest, kindest people I’ve ever known.”

He remembers David Donahue, the pediatric neurosurgeon at Cook Children’s Medical Center who, Madigan says, “healed as much with his humanity as with his considerable surgical skills.”

Madigan is perhaps best known for a newspaper assignment that ultimately led to a book — I’m Proud of You: My Friendship With Fred Rogers, first published in 2006 and released again in 2012 with a new afterword — and changes in his life. In forging a close friendship with his story subject, Fred Rogers of PBS’ Mister Rogers fame, Madigan turned a corner in working through difficulty and finding personal growth. “Fred Rogers said that one of life’s great challenges is to make goodness attractive. As such, those are the kinds of stories I most liked to tell, the ones that I feel most speak to who we really are,” says Madigan, who also has penned other nonfiction books and a novel, Every Common Sight.

In 2014, Madigan and wife Catherine (she was a longtime editor for the Star-Telegram) moved from Arlington, where they’d raised their daughter and son, to begin life as empty nesters in Arlington Heights. The same year, he left the newspaper to write another book — one that would be a full five years in the works. Releasing in early October, Of the First Class: A History of the Kimbell Art Museum (Mascot Books, $27.95) is the 300-page chronicle of one of the world’s great art museums. More significantly, it’s the story of the people who gave life to the museum and raised its stature in an unlikely city. As with Fred Rogers, the book grew out of a friendship developed while working. 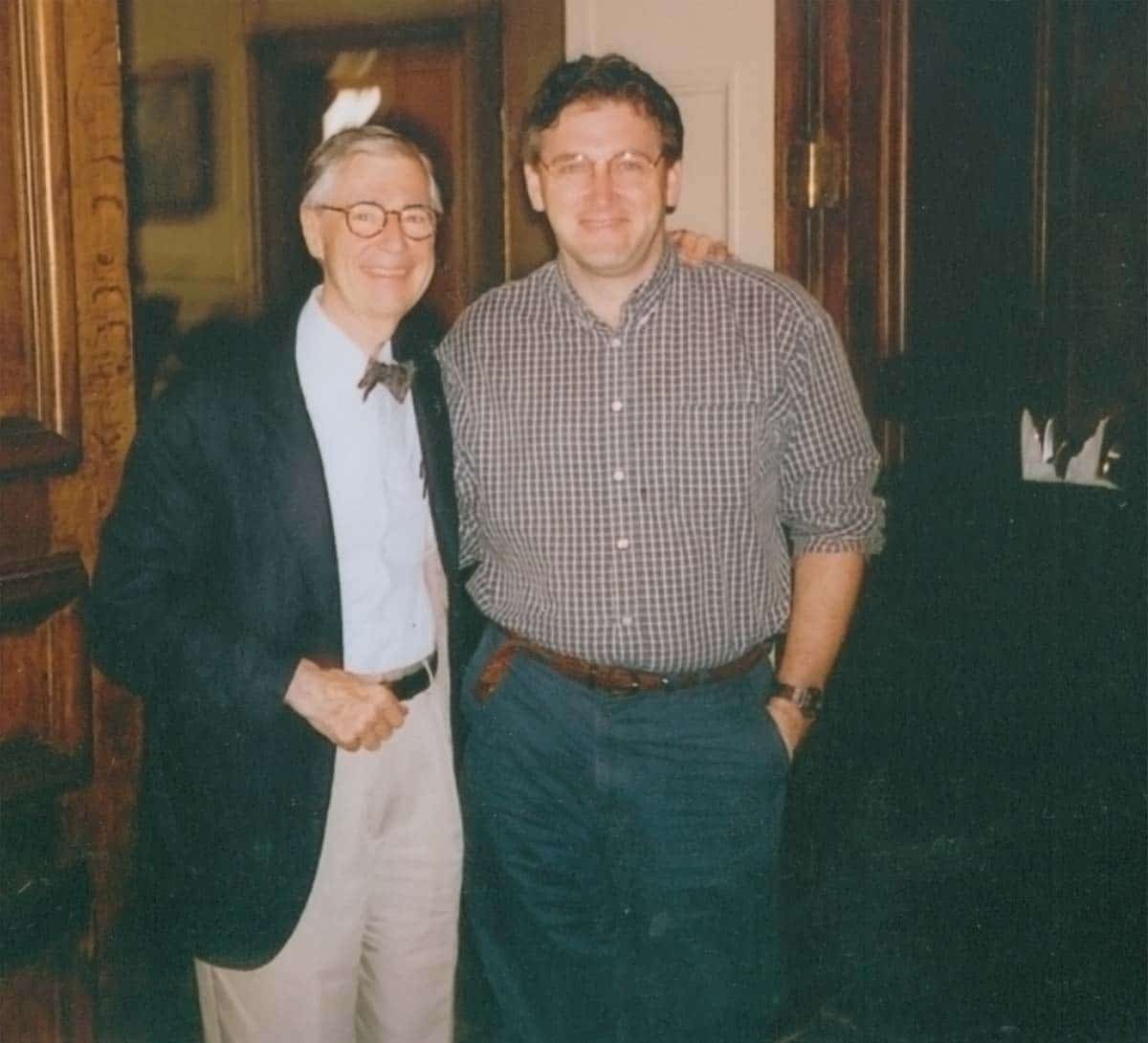 Madigan with Fred Rogers of Mister Rogers fame, a story subject who became a friend and inspiration. 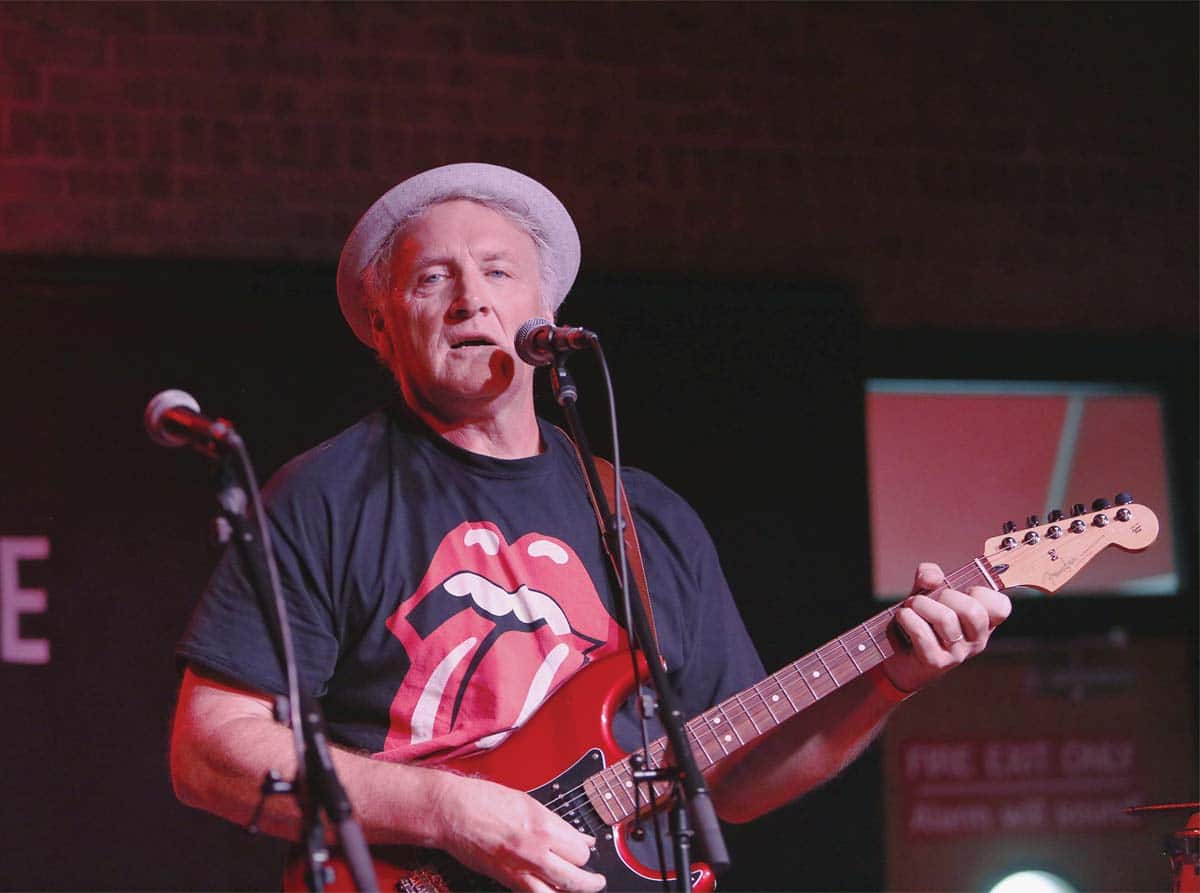 Madigan also turns to music as a creative outlet playing guitar and singing oldies with with his band, Love Starved Dogs.

“I wrote about the Renzo Piano Pavilion addition at the Kimbell in 2006. Through that story, I got to know Kay and Ben Fortson, and we became friends,” Madigan says of the museum founders. “I was approached to write this history in 2014, and it was fortuitous in many respects. I spent more than 100 hours interviewing them over the next few years, talking about everything from the family origins of the museum to the opening of the pavilion.”

The timing was right: Madigan says the museum’s history needed to be documented and that the insiders’ perspective was essential. In his research, he talked to numerous sources who’ve since died or whose health has deteriorated. “It’s about architecture and how to acquire a masterpiece, but it’s a remarkable story with the Fortsons at the heart of it. As the writer, I was just the beneficiary of hearing them share stories they hadn’t talked about before.”

While working on the Kimbell book, Madigan also co-authored Getting Grief Right: Finding Your Story of Love in the Sorrow of Loss (Sounds True, $16.95) with Fort Worth psychotherapist Patrick O’Malley. The 2017 book resulted from years of friendship and conversation. “Years ago, Patrick said he had an idea for a book on grief. Part of the inspiration was an essay he’d written for The New York Times on the misconception of grief and how cruel people can be. It blew up; rarely had there been a reaction to an essay like that. I just helped him craft his story. It was a deeply spiritual exercise.”

As therapeutic as writing can be — he has a few more nonfiction works in the pipeline — Madigan has found another creative outlet in recent years. After listening to him pick out tunes on an acoustic guitar for much of their marriage — “I’d been mangling Dan Fogelberg for years; I could play the first few bars of Leader of the Band like nobody’s business,” he laughs — Catherine gave her husband a Christmas gift of guitar lessons at School of Rock in Fort Worth. Soon he began hanging out with musicians, jamming with accomplished guitarists and playing regularly.

“For some reason, I keep waiting for the fever to break, and it hasn’t. So I’ve been playing relentlessly and trying to teach myself to sing.” His new band, Love Starved Dogs, made its debut in early September at the Ridglea Lounge. They cover classic rock from the Rolling Stones, Tom Petty, Santana and Bruce Springsteen, and Madigan says they’re looking for the next gig.

Each summer, Madigan spends a week alone tent camping and hiking in Colorado. It’s a good place to ponder life, as well as a possible next novel set during the fur-trapping era of the American West mountain ranges. At home, you’ll see him on his daily 5-mile walk from his home in the Cultural District through the museum campuses, down to Trinity Park and back. “People are always telling me they’re seeing me and honking, but I don’t hear because I’m busy listening to the Stones.”

And the Kimbell, of course, is where you’ll find Madigan taking friends visiting from out of town: “The first thing I show them is the Kahn building. It’s the natural light, it’s how it was created. There’s a sense of intimacy and beauty. You just go in there and stand, and you just feel better.” 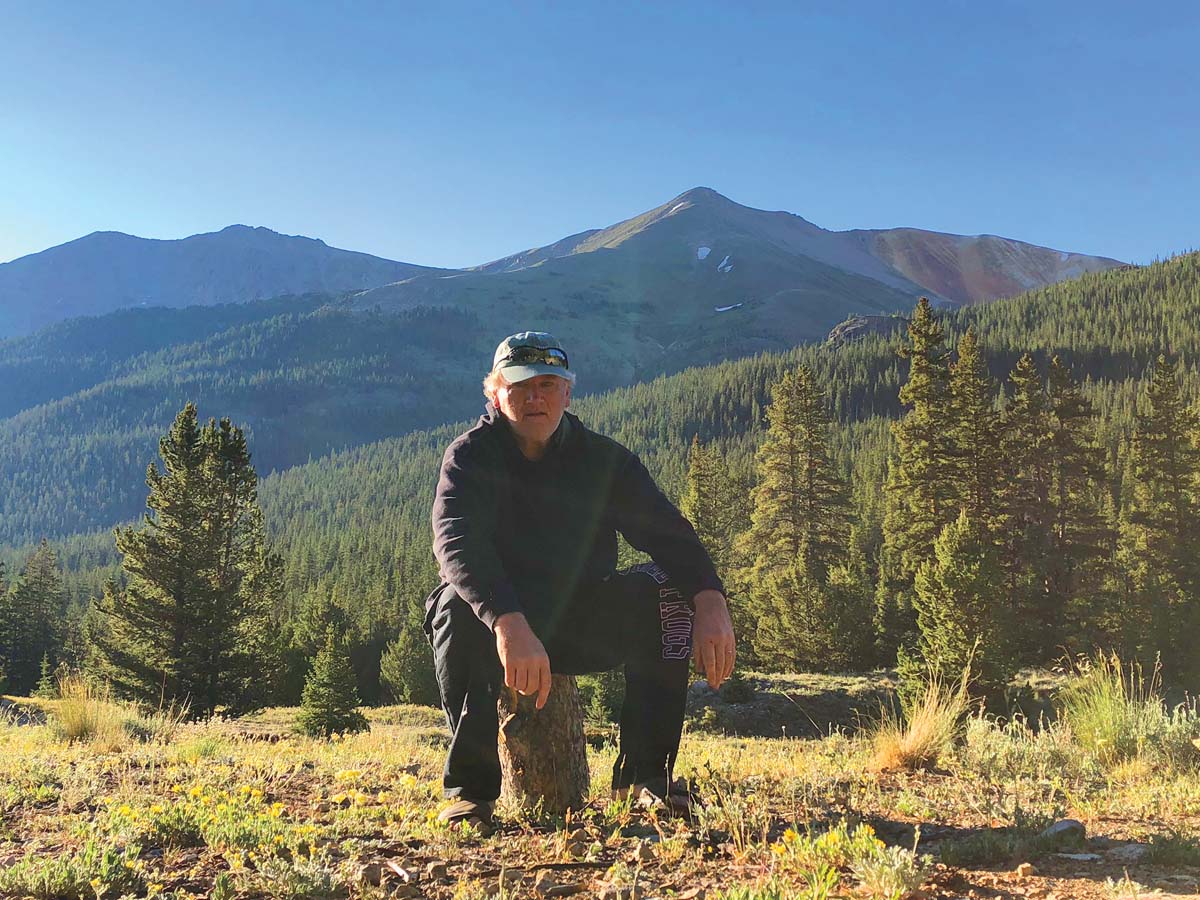 Spending time alone each summer in Colorado gives the writer a chance to recharge.

Tim Madigan Meet the author, see the documentary: Author Tim Madigan and filmmaker Ultan Guilfoyle (he wrote and produced a documentary on artist Robert Rauschenberg) will talk about and debut Of the First Class: A History of the Kimbell Art Museum.

10 a.m.-noon Oct. 5, free admission; Piano Pavilion Auditorium. (Additional film presentations are at 1, 2 and 3 p.m.
Oct. 5-6. The book will be for sale in the Kimbell gift shop. Madigan’s other books are available on amazon.com.