Selling a lot of Bundt cakes is only one part of Kathy Bonds’ job. Growing community goodwill and empowering her employees rank high on her list, too.

There’s much more than the aroma of fresh-baked cakes emanating from a building at the northwest corner of Hulen Street and Camp Bowie Boulevard. That extra something produced at Nothing Bundt Cakes is a wealth of goodwill, and its source is shop owner Kathy Bonds.

After a long career as a public and private school educator and administrator in Arlington, Grapevine and Hurst-Euless-Bedford, Bonds surprised herself by becoming a bakery owner. It was her vast experience in serving people in the pursuit of growth and happiness, however, that eased her transition to a significant retail success.

The concept itself is a smart one: offer one product — in this case, a ring-shaped cake that became famous in the 1960s — and make it special and consistent. Two friends came up with the idea, as well as a signature frosting, and opened their first bakery in Las Vegas. They began franchising in 2007.

Just shy of its decade mark — Bonds’ Nothing Bundt Cakes shop opened in December 2010 — this Arlington Heights hot spot is the top-producing store among the company’s 300 locations nationwide.

And with that, Bonds earned the company’s 2019 Circle of Honor Award, bestowed annually on an exemplary franchise location.

Recently relocated from her home in Arlington to Weatherford (“I’m still getting used to the bugs and snakes that come with country life,” she cheerfully admits), Bonds fell into the business after relatives owning Dallas locations persuaded her to make the leap. “I’d been a good customer of the Southlake store, and then I had fun helping family out with their shop when I was on school breaks,” she says. “I loved the customer service piece of it, helping people plan some of the most special events of their lives. But when my relatives said, ‘You should do this!’ I just laughed and said, ‘I don’t even cook.’” 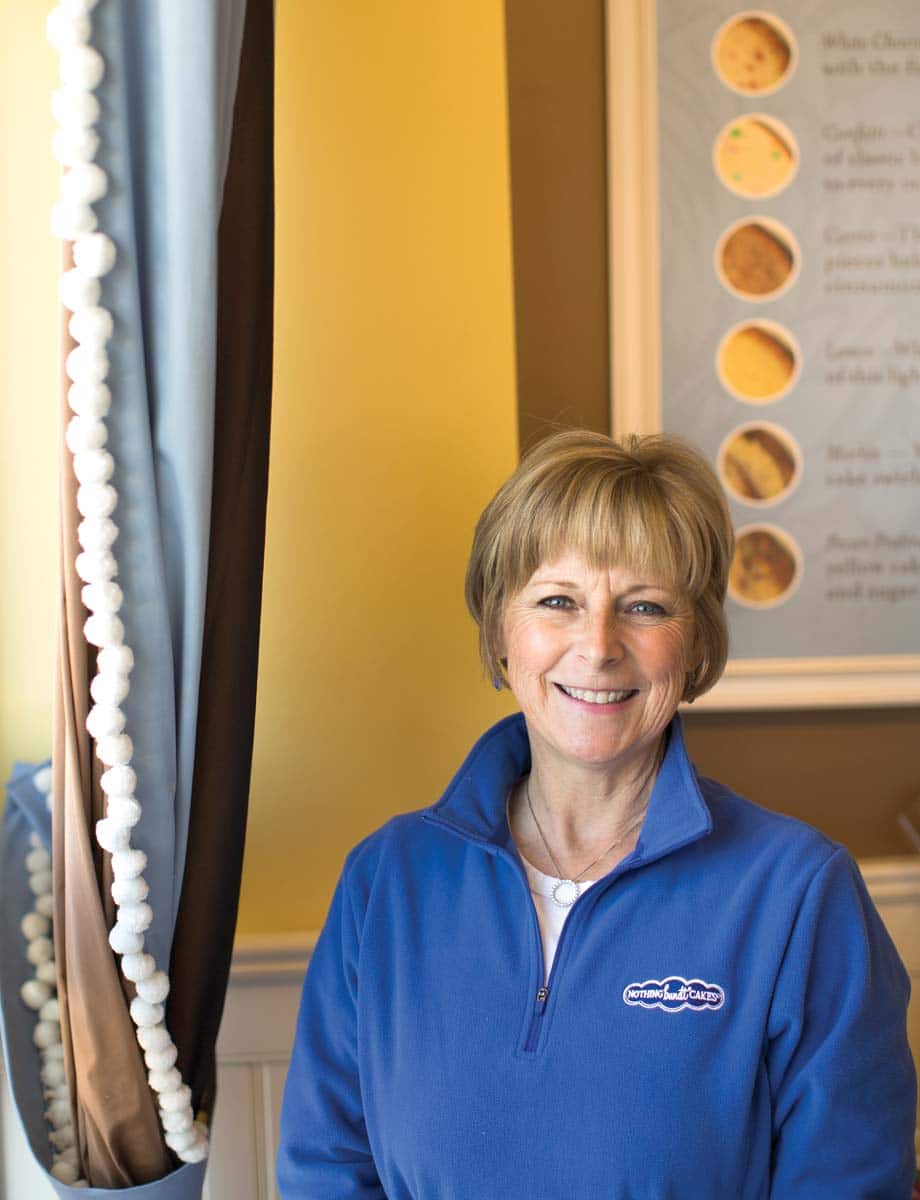 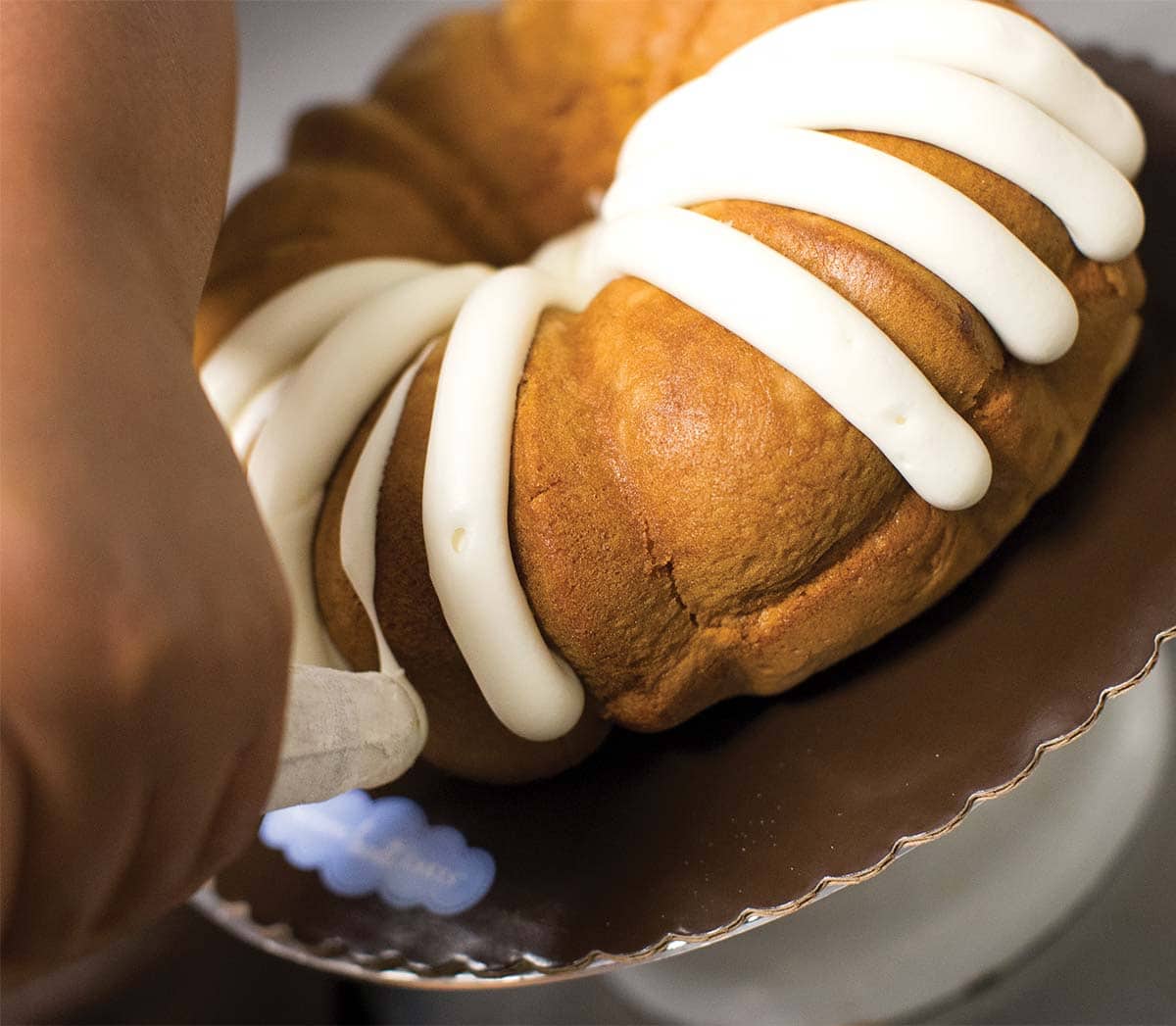 Yet from the moment she opened her doors, Bonds realized how much she enjoyed mentoring employees. The staff at her store — there are now 26 full- and part-timers — form a close-knit community. Of her original team, those still on board include Karen McCaskill, the person she considers her right hand; baker Chris Padilla; and froster Patricia McKnight. Among early proteges are two young women who were college students when they started working for Bonds and who eventually left to manage other Nothing Bundt Cakes locations. They are now opening their own franchise shop in Asheville, North Carolina.

“I believe in delegating and empowerment; that’s our culture,” she says. “When we give people the opportunity to take on a project and stick with it, they can use that experience in their future endeavors, whatever those are.”

The example she sets is one of generosity, too. Bonds believes in giving back by donating cakes and serving cakes at fundraisers — her Nothing Bundt Cakes team is often seen at Big Taste of Fort Worth, Beastro and countless other events — as frequently as possible. McCaskill devotes a significant share of her time simply to answering donation requests. Bonds says, “We love being a community partner and giving to anything that truly benefits others. We try really hard not to say no.”

Spreading the love attracts a loyal audience. Bonds’ store sells as many as 800 dozen Bundtinis — bite-sized cakes — on a busy week. A specially decorated tiered Bundt cake turns up on tables for special occasions, too, for customers celebrating weddings and other important life events. Not bad for a shop that replaced a very popular Starbucks location.

“We take a lot of pride that people have chosen us. We want to be the hero, even to rescue someone if they need it. We get so many calls from husbands who say, ‘You have to save me; my wife is going to kill me if I forget this cake!’” says Bonds, who soon will open a shop in Parker County’s Hudson Oaks. “Like our founders say, we are not in the cake business. We are in the people business, and that’s an honor.”

Nothing Bundt Cakes The cakes — in flavors such as white chocolate raspberry (Bonds’ favorite), chocolate chocolate chip (the bestseller), red velvet (with chocolate chips), pecan praline, carrot and others, including a gluten-free flavor — are iced with cream cheese frosting in a signature daisy pattern. Bundtinis are $20 per dozen; the miniatures, called Bundtlets, are $4.25 each; an 8-inch Bundt starts at $22 and a 10-inch starts at $32; and a two-tier cake is $66.