Press enter to begin your search
FeaturesMeet the neighbors 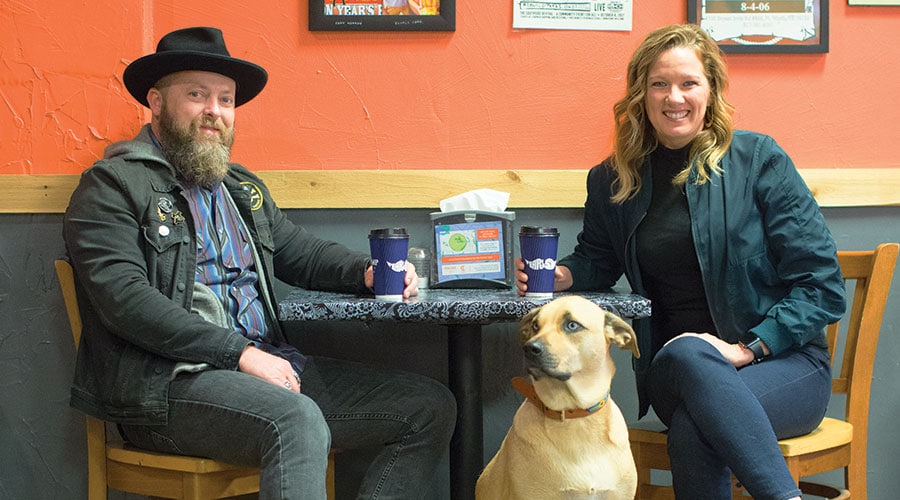 The lead singer of the Cut Throat Finches puts his heart and soul into his music. His main inspiration also is his No. 1 fan.

Jagged, horizontal bolts of lightning streak across the dark sky as the rain comes down hard. Tornadoes are rumored to be dancing around North Texas, too. But for Sean Russell and the Cut Throat Finches, a Friday-night show in Dallas must go on.

Friends, girlfriends, wives and fans make the trip from Fort Worth to the Sundown at Granada on Greenville Avenue. While a few raindrops sneak through the roof of the indoor space, inside it’s cozy and dry. Sean’s wife of seven years, Honey, leads the cheering section. She moves around the room as the band plays, pulling friends to the front of the stage while swaying and singing along to songs she has heard countless times before. Her wide smile lights up the dark room.

The next morning, not too early, mind you, we meet up at Pearl Snap Kolaches to talk about music, life and love. A pastry and hot coffee help jump-start the day.

And if you think Sean and Honey are 20-somethings who thrive on no sleep and energy drinks, think again. Both are in their mid-40s and live on a quiet street off Camp Bowie Boulevard. The nearest “club” bears the name of River Crest, and they are regulars at the dog park with Hank, their blue-eyed mutt. Sean is a banker by day; he doesn’t wear a suit but typically sports a fedora made by Goorin Bros. in Austin. Honey is a photojournalist and No. 1 fan of her husband.

The Russells have lived in Arlington Heights for six years, love Fort Worth and are big supporters of everything local, from restaurants to other bands. 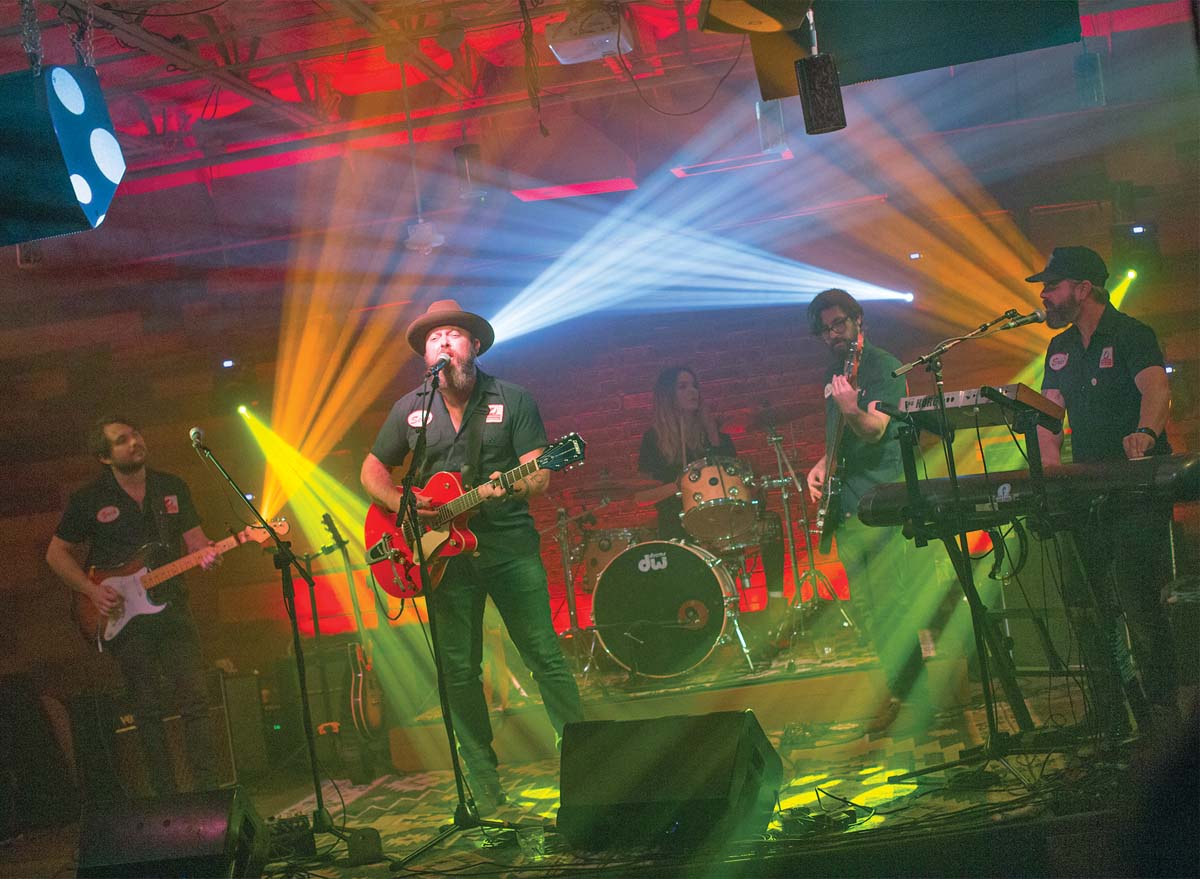 Sean and the Cut Throat Finches perform at the Sundown at Granada. The band includes, from left, Robert Paine on bass, Draya Ruse on drums, Eric Webb on keys and Taylor Tatsch on guitar. 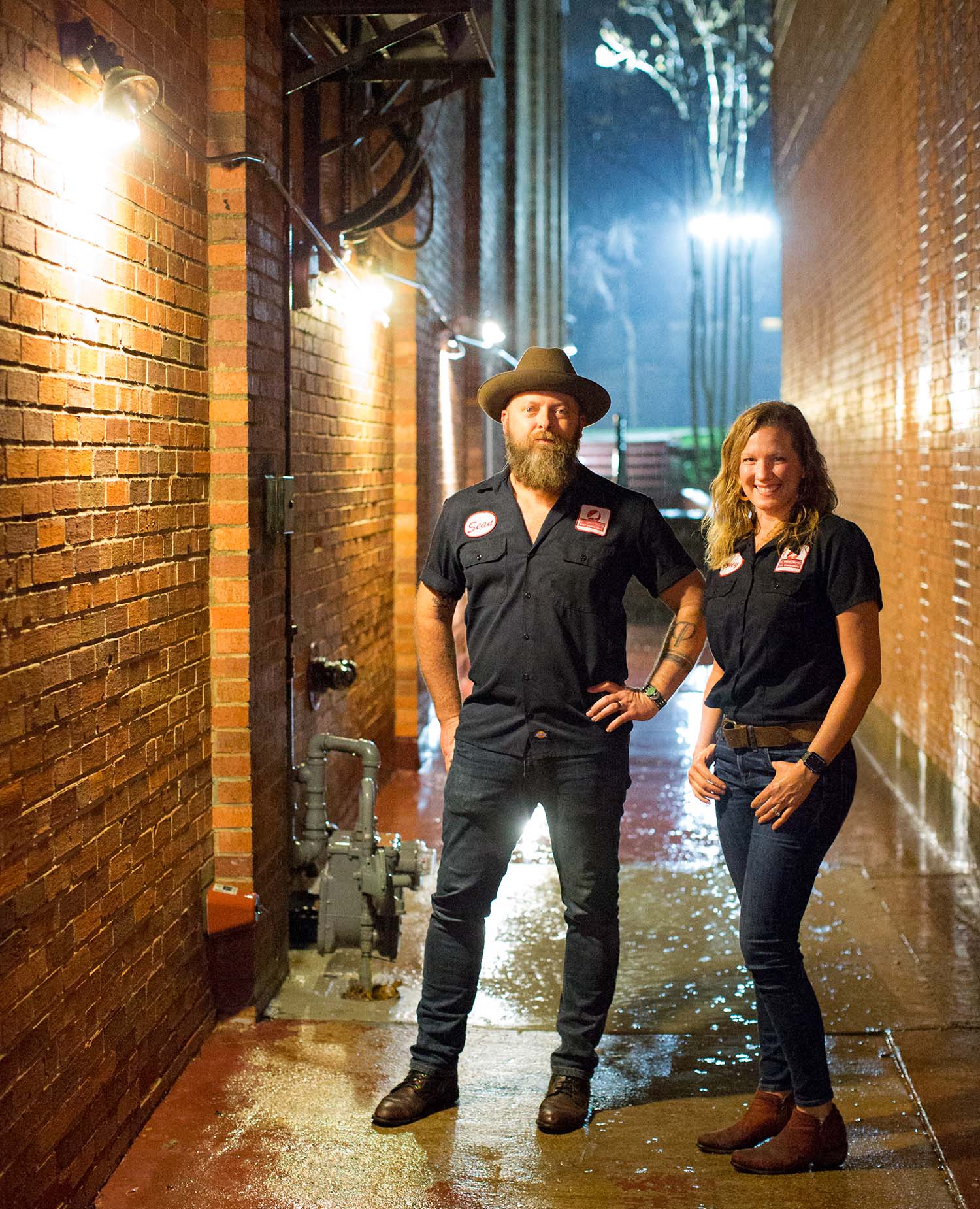 Sean, who was born in California, is a self-taught musician, playing drums as a middle school kid and eventually learning to play keyboards and guitar. After moving to Texas — Dallas and then Colleyville — he ended up in Fort Worth with his family. He attended TCU but decided to join the Army, which landed him in Korea. “Being stuck in a tank in the DMZ really pushed me into writing,” says Sean. “I had a lot of time on my hands.”

After his military stint, Sean knew he wanted to be back in Fort Worth. Listening to early Sean Russell — yes, we did a lot of internet searches — is like hearing a soundtrack to his life. A painfully broken marriage and Sean’s natural curiosity about politics, history and religion all contributed to what he was putting down on paper — and led to the singer-songwriter he is today.

So did meeting Honey Godsey seven years ago. We assumed it was love at first sight when they met, and while Honey admits she was intrigued, theirs is a relationship born of being good friends first. “We both loved music, were introduced to each other by a musician and spent time with others going to see bands,” says Honey.

Sean calls their first meeting a cosmic experience. “She knew my music and even told me I should write happier songs. I’ve always written from the heart, and she helped me look at music and life in general in a different way.”

The past five years have been prolific ones for Sean. He founded the Cut Throat Finches in 2015 with pedigreed musicians. They’ve released three albums — all on vinyl — and multiple singles. In 2017, Sean released a gospel EP dedicated to “Brother Bill” Russell of the Union Gospel Mission, whom Sean met while volunteering there during a low point in his own life.

Last year, they released a concept album based on a never-delivered speech written for Richard Nixon in case the Apollo 11 mission turned tragic. Sean’s niece, band drummer Draya Ruse, is the one who turned him onto the speech. It prompted him to research the space program back in the day, which led to the record titled In Event of Moon Disaster. The disc itself is a visual work of art by Dallas-based Hand Drawn Records.

We admit we’re partial to Polite Conversation, the band’s 2018 release. The music runs from folk to bluesy rock to British pop with a bit of Americana thrown in for good measure.

Sean’s songwriting, even the early stuff, makes you want to know exactly where those lyrics came from. In a song called “Rabbits,” the words, “She can turn broken hearts into brave love songs. She makes me dance to songs I’ll never hear,” makes us smile. We know exactly who he’s talking about.

Sean and the band have had a busy couple of years traveling and touring, including a trip to London as ambassadors for Hear Fort Worth, part of the city’s push to promote its music scene.

“It’s cool to make new friends, hang out in little clubs and experience a different part of the world,” says Sean, who hopes to travel to Iceland this year with the band and his wife and any friends who want to tag along. “I want to keep doing this until it feels like work.” 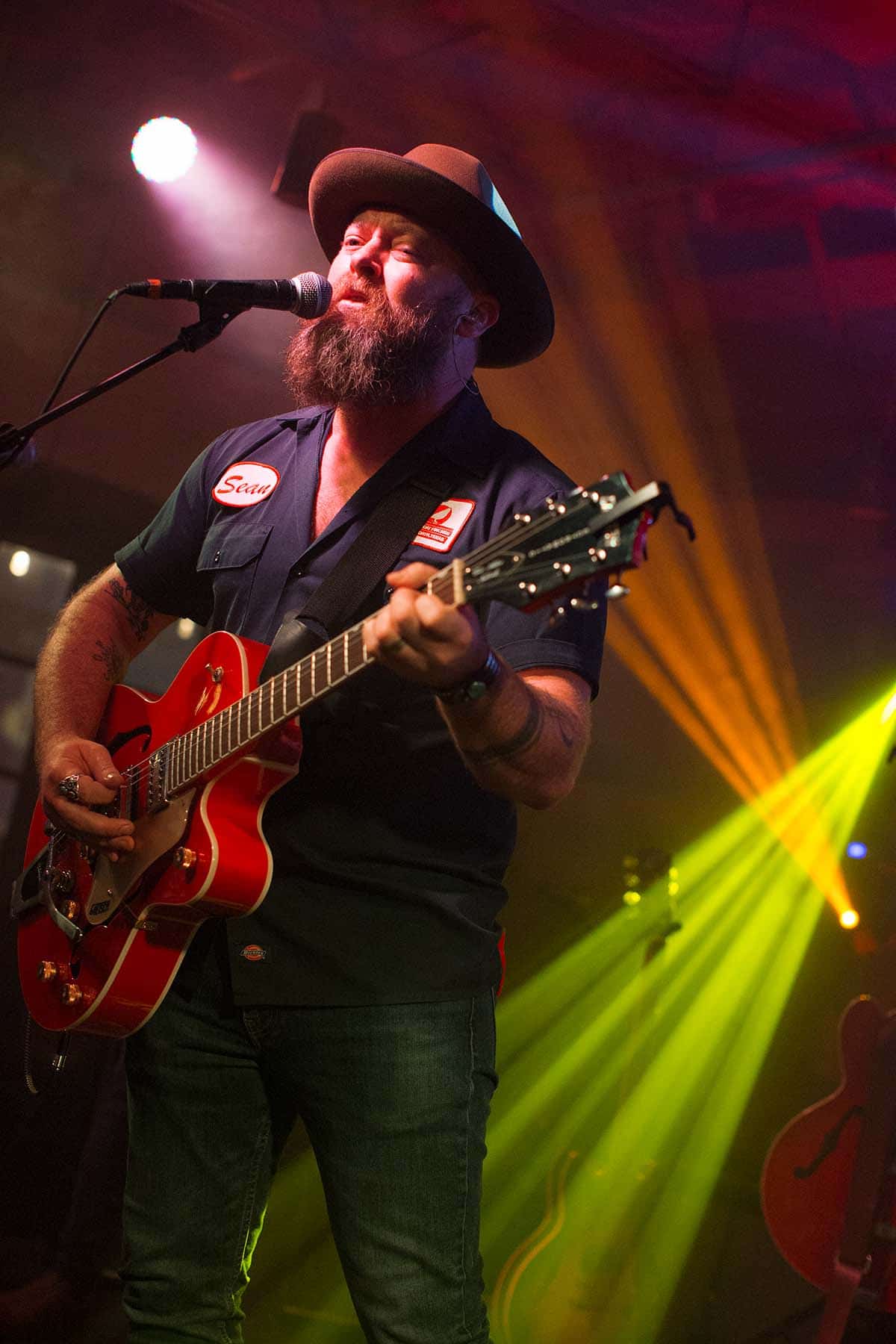 Cut Throat Finches The band makes its first appearance at this year’s Fortress Festival, April 25-26, on the grounds of Will Rogers Memorial Center. Check out the band’s music and show schedule at cutthroatfinches.com. Follow on social media @cut_throat_finches.