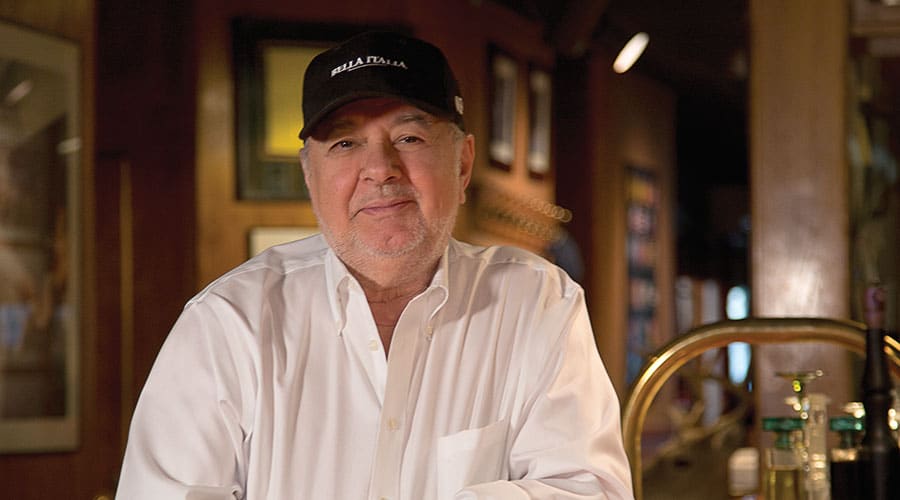 After 40 years in the business, Carlo Croci has seen many of his peers close or retire. But the Bella Italia chef still has a passion for food, wine and hospitality.

It’s a quiet Monday afternoon, and Carlo Croci is almost unrecognizable in his “civilian” clothes and Bella Italia ball cap. He reads a newspaper at the bar and drinks sparkling water with a splash of Campari. Later, he’ll change into his chef whites and traditional toque for dinner service.

While the dark interior is a little worn around the edges, the Tuscan-born chef’s Bella Italia restaurant has remained a landmark for fine dining along Camp Bowie’s bricks. Never straying from his culinary roots, the soft-spoken Croci now marks 40 years in business — much of that serving the same clientele who first discovered his cooking at the original location near TCU in the Westcliff Shopping Center. Diners followed when he moved to the red-brick building that would become Bella Italia’s permanent home in 1988, and they continue to visit often, even weekly.

“People who come here all know each other. It’s a big family,” Croci says. “Many don’t even look at the menu. They just tell me if they want veal or they want game, and I create something. At lunch, they might just want a salad with something special on it, and we can do that.”

That familiarity is the bedrock of Croci’s success. Regulars know exactly what to expect, and they know the caliber of the food doesn’t waver. Over the years, not much has changed, from the old-school interiors — the walls are crowded with flags, hunting trophies and framed Italian portrait and landscape prints — to the menu and an expansive wine list. Many favor the casual seating in the bar over the formal dining room. 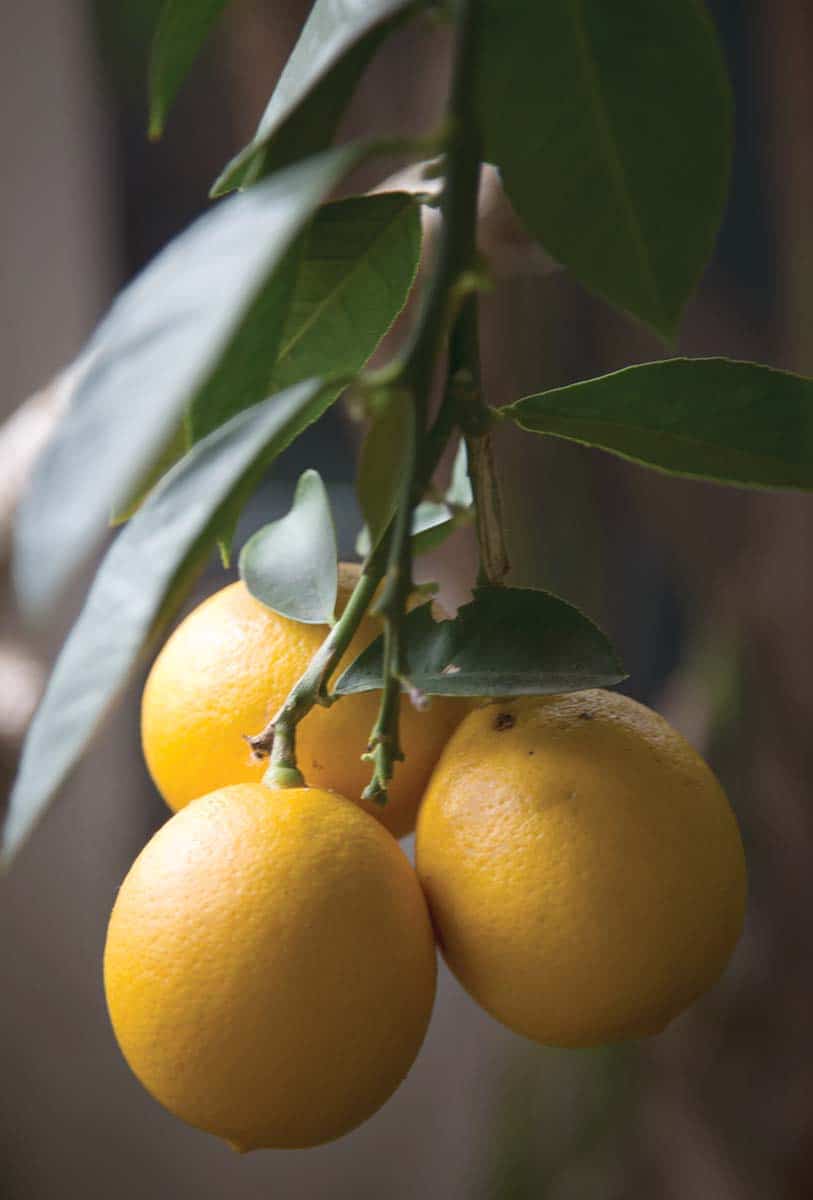 Lemons growing on a covered patio at the restaurant are ready for picking. 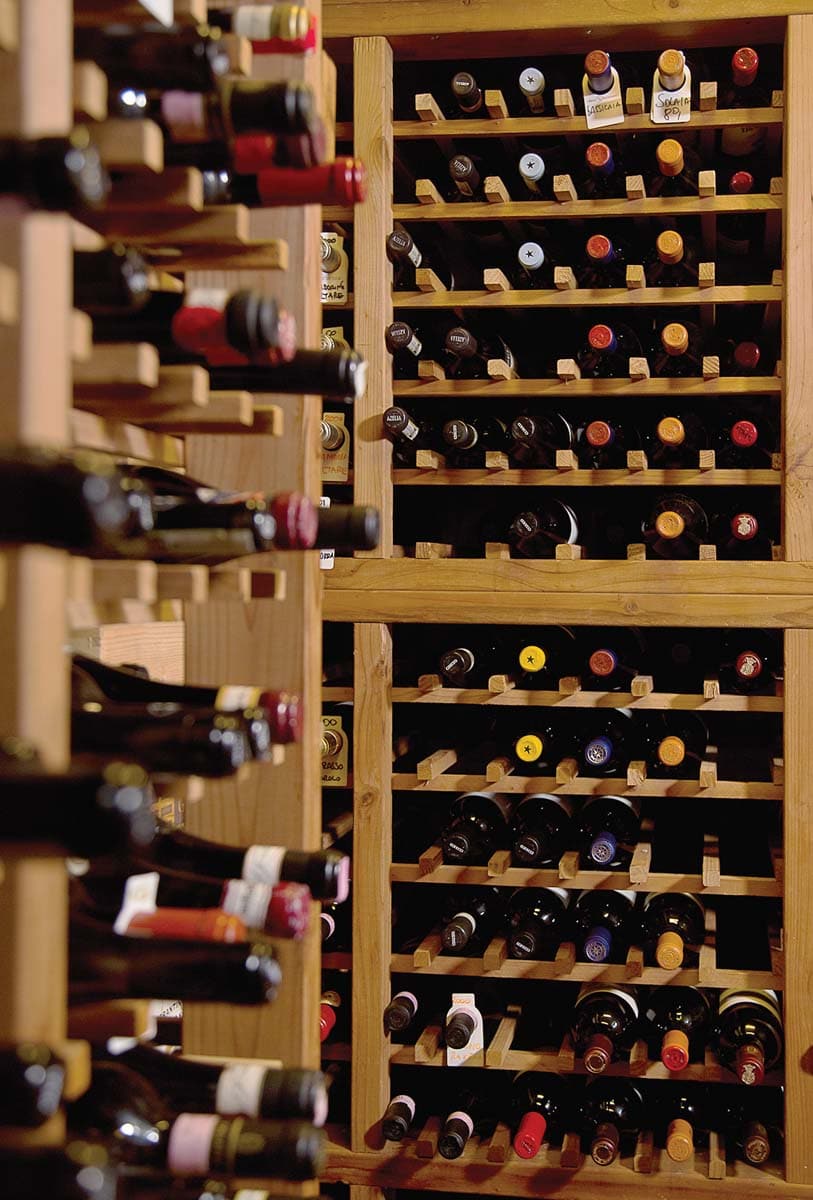 Carlo Croci is rightfully proud of Bella Italia’s wine menu. A small climate-controlled room in the restaurant holds a couple of thousand bottles.

“Since the beginning, the food’s been consistently the best in town, and the service is always great. That’s why he’s survived,” says Phil Slaughter, a Ridgmar resident who, with wife Julie, began patronizing Bella Italia’s original spot in 1980 and transferred their devotion and weekly visits to the Camp Bowie location. “Julie likes the veal piccata, and I’m all over the menu. You can’t get a better lasagna. And I really like the veal 3-G [mushrooms, garlic, cheese and white wine].”

Croci brought Tuscan cooking influences from his native Siena, while many of his pasta dishes reflect lighter treatments found in Northern Italy. Seafood dishes are simple, like the sauteed branzino with a lemon-white wine sauce. But it’s the abundant game selections that are the star here. Growing up eating wild game, the chef began offering a wide variety in the early 1980s, at least a decade or more before bison, antelope and wild boar appeared on other menus in town.

And, he says, it wasn’t a tough sell: “Texans like game. Texans are hunters.”

Indeed, the Texas antelope in a silky mushroom reduction is a beautiful dish, the meat satiny in texture and mild in flavor. Wild boar chops are just as appealing, as is the fan-favorite osso buco, accompanied by risotto or sauteed greens — such as the dinosaur kale (popular in Tuscan cooking) growing just outside the restaurant at Croci’s curbside garden or behind the patio in a second kitchen garden.

In spring, almost all his produce is fresh-picked from those gardens and one he tends at his home in the Monticello neighborhood. The latter occupies an entire lot, filled with vegetables and herbs. It’s a labor of love, he says; Sunday, his one day off from the restaurant, is spent keeping the home garden in prime shape.

When he’s not at the restaurant or in the garden, he’s probably making a trip to visit his Bella Italia location in Buenos Aires, opened in 1994 in partnership with a long-ago Fort Worth employee who hailed from Argentina. Croci visits two or three times a year, and notes that other Cowtown residents do as well, many while on hunting trips in South America. “It’s the only place you can find osso buco as good as the one we serve here,” Croci says with a smile.

With the closing of La Piazza, Croci mourns the dwindling supply of places where dining is framed in elegance and palates are pampered in old-world sophistication. He misses the days when The Balcony, Carriage House and Walter Kaufmann’s beloved Old Swiss House joined him in catering to a crowd who enjoys dressing up for dinner.

“There’s just Bernard and me now,” he says, referring to Bernard Tronche, owner of nearby Paris 7th and Saint-Emilion restaurants. “But I keep doing this because I love it. The passion is always there. I’m always creating.” 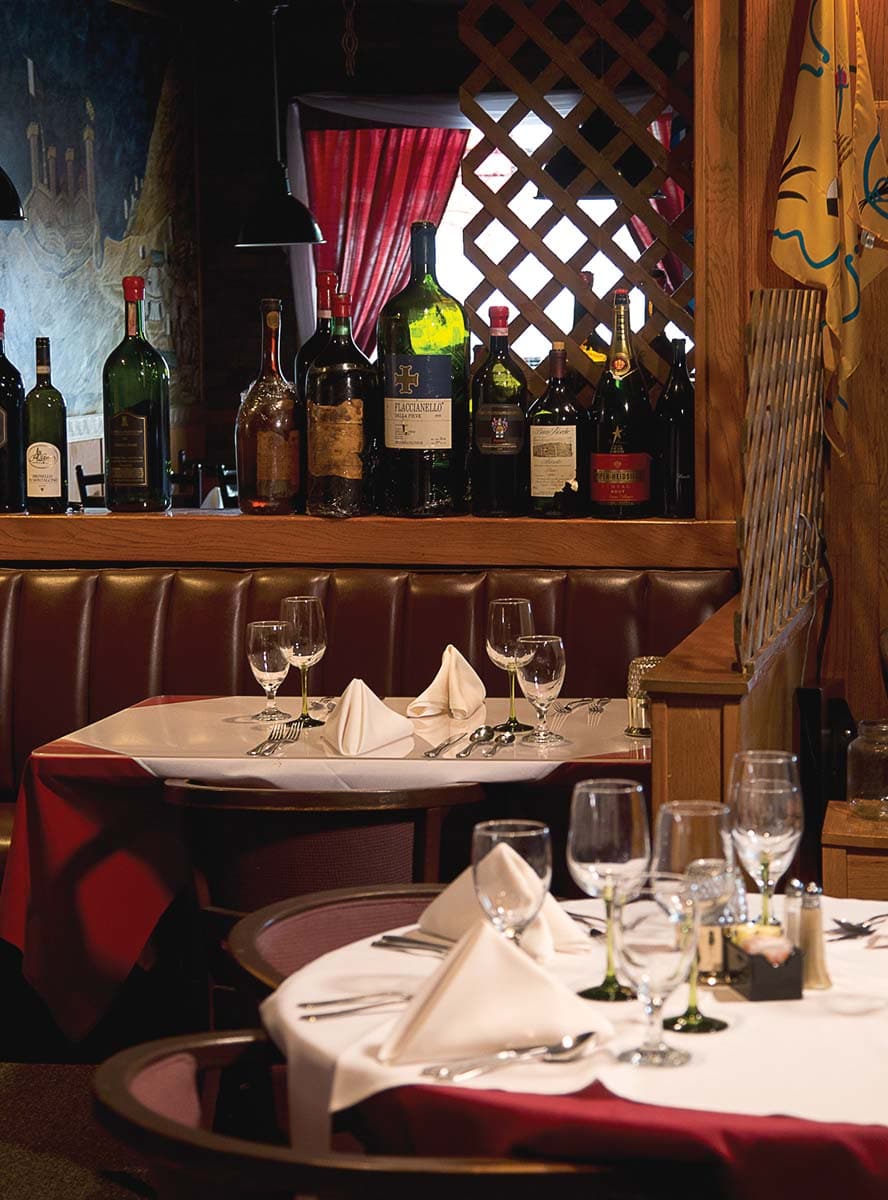 The dining room has the most formal vibe. Many regulars favor seats in the popular bar or on the casual patio.

Bella Italia West Bella is open for dinner Monday through Saturday and lunch Tuesday through Friday. Reservations are recommended for seats in the bar and dining room. The more casual patio is heated and open year-round. 5139 Camp Bowie Blvd., 817-738-1700.