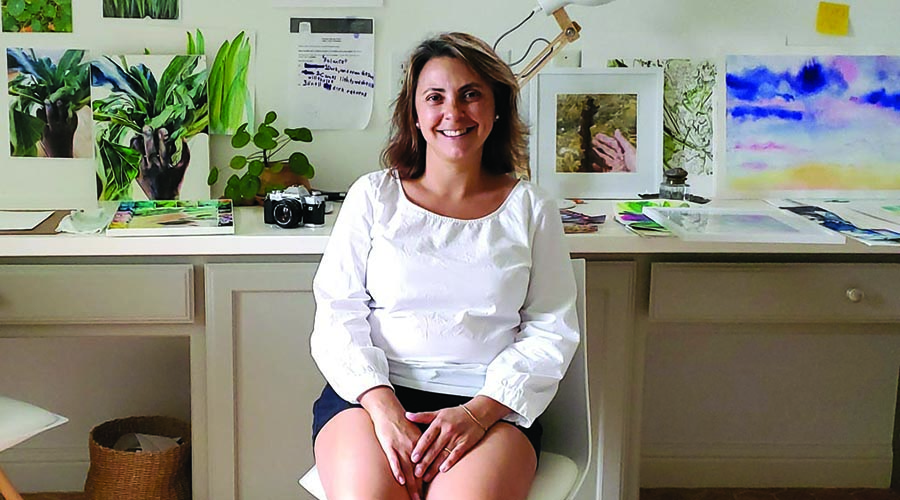 The Nature of Things

Artist Brenda Ciardiello’s fascination with earthly wonders led her on a winding path when it came to her work. Social upheaval made her change direction, but in a good way.

Before Brenda Ciardiello settled in the Monticello neighborhood with husband Matthew and three sons in 2017, she never thought she’d be a full-time artist. 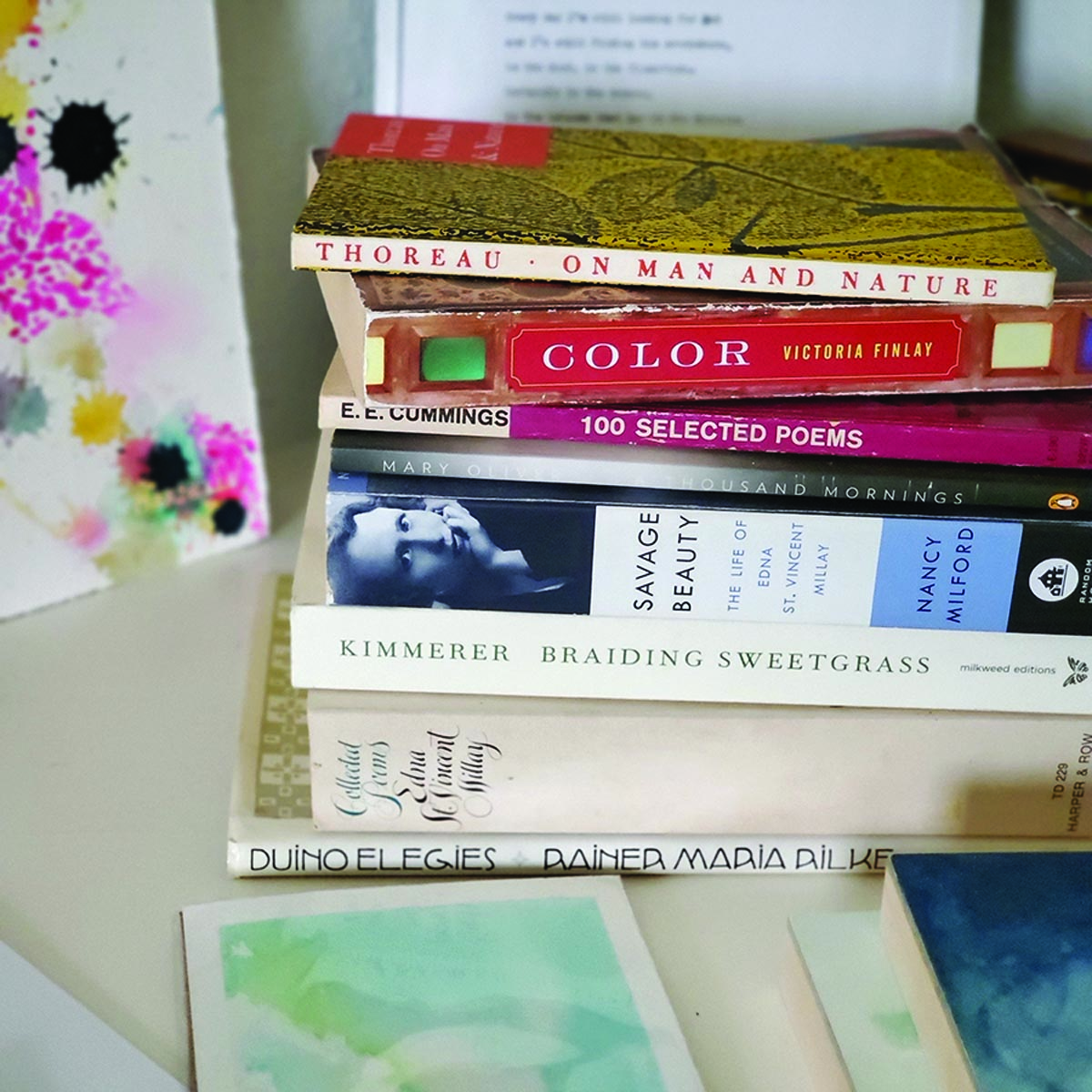 The studio is filled with souvenirs, books, photographs, tools of her trade and, of course, art. 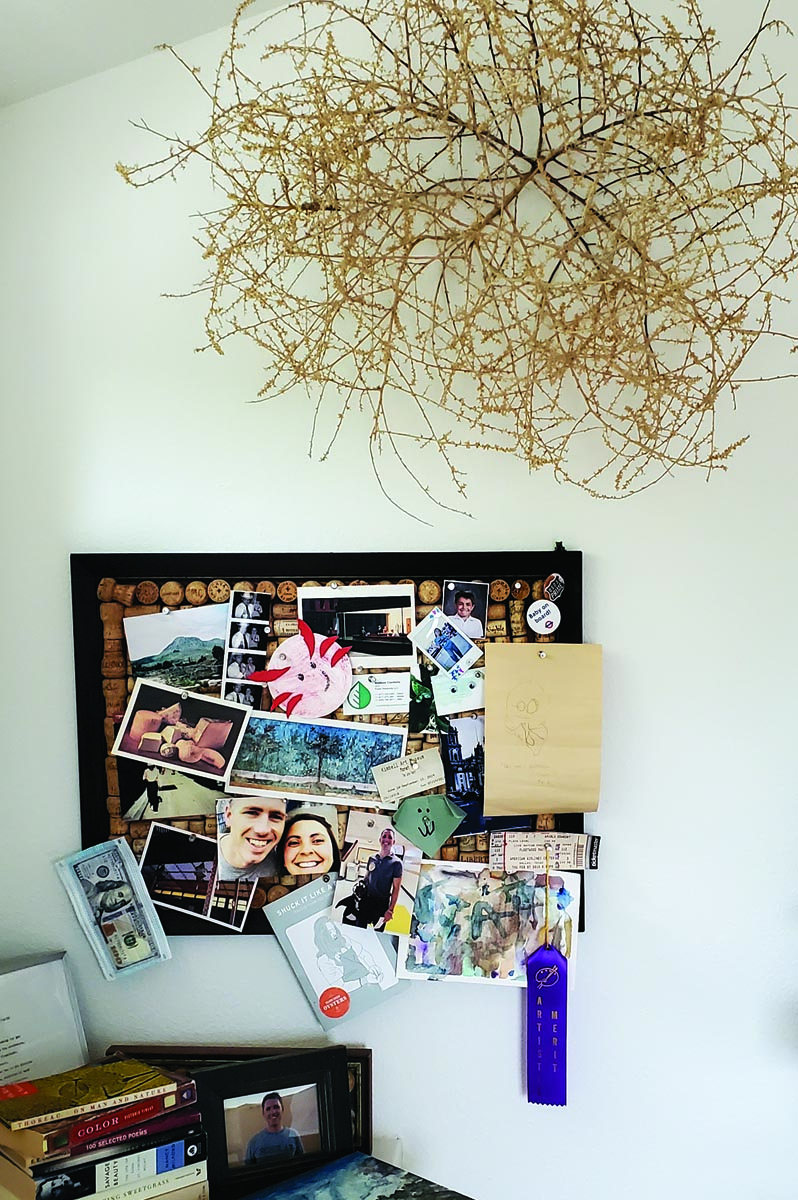 Yes, that’s a tumbleweed above her bulletin board.

Born in Mexico City and raised in College Station, Brenda has been fascinated by art since childhood. “I remember seeing watercolor books and just thinking they were the most magical thing,” she says. “I never thought I would be an artist.” Reinforcing that idea was her belief that while both her mother and sister were natural artists, she was a writer. “I always excelled at writing.” She wrote poetry, took photographs and painted but, Brenda says, compared to her family, she still felt “unartistic.”

In college, she studied art history and classical civilization at the University of Notre Dame. She met Matthew, a Harvard student also studying classics, while studying in Italy during her junior year. After dating long distance, she told him she wanted to move to New York City after graduation. He agreed. The Ciardiellos got married in 2006, and Brenda continued to paint. She even integrated art into her curriculum as an ESL (English as a second language) teacher and received a graduate degree in that field.

Six months after the wedding, the couple moved to London. Brenda left the teaching field and worked in marketing and public relations, eventually finding a niche in food publicity while painting on the side. They also had their first son, Roman. Matthew’s jobs in finance took the Ciardiellos to the United Arab Emirates and elsewhere across the world. Their end goal, however, was to return to the United States. In 2011, they moved to Denver, where they adopted son Alexander. Next stop? Utah, an hour north of Salt Lake City. After the birth of Linus in 2015, with Matthew’s job allowing him to work remotely, the family decided to settle down.

By the time they moved to Fort Worth in 2017, Brenda had evolved into a full-time artist.

She recently started including the human form in her work; the hand model is one of her sons. 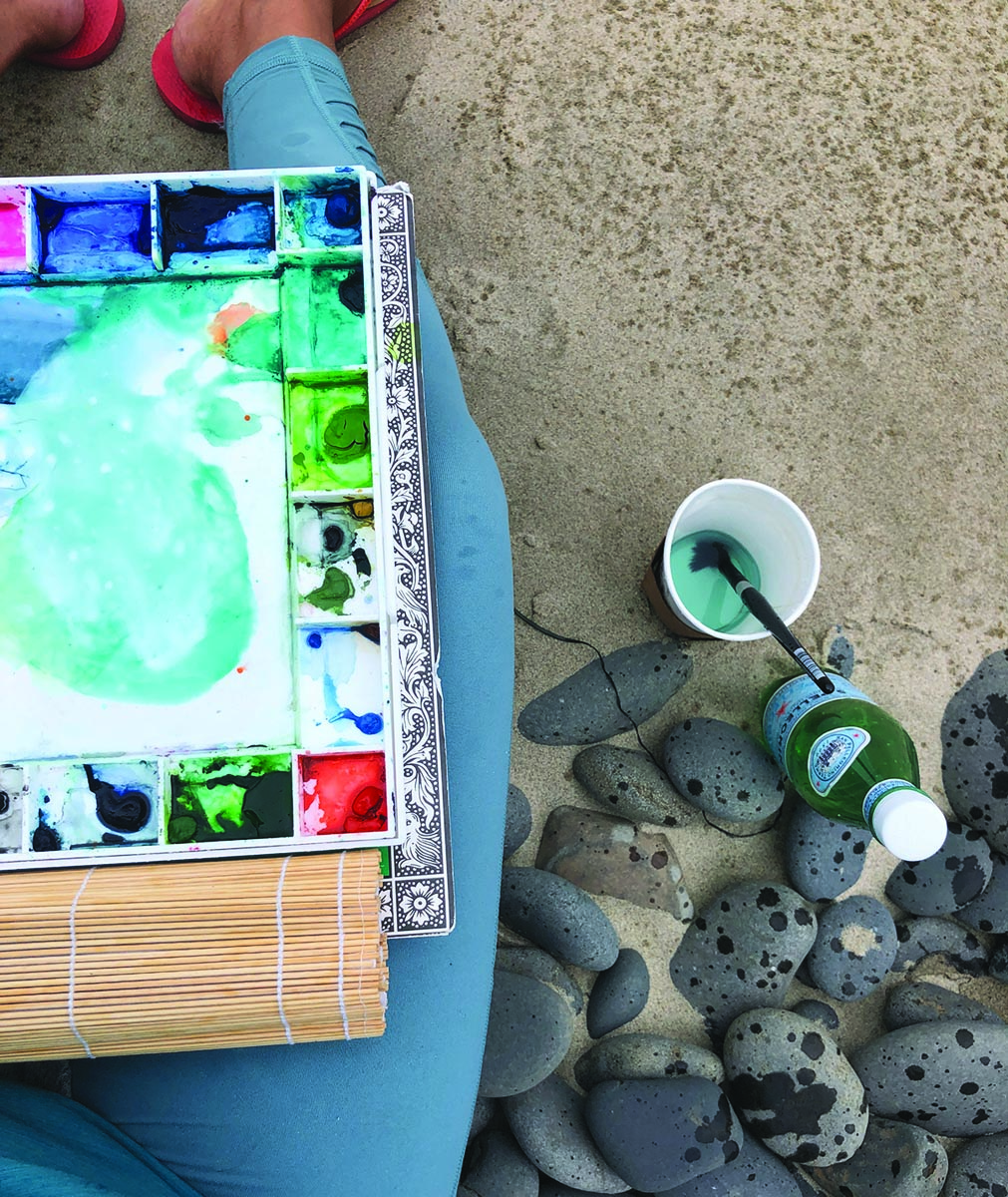 Ciardiello’s work “selfie” on an Oregon beach includes her paint palette and some gorgeous stones.

“We could’ve chosen anywhere, but people kept suggesting Fort Worth,” she says. Brenda had family in the area, and the Monticello neighborhood had everything they wanted: a pedestrian-friendly urban environment that is diverse, cordial and filled with culture. They were confident enough about their move to Cowtown that they put an offer on a house without seeing it first.

“When we got here, we were just blown away,” she says.

The watercolorist, photographer and poet is now making a name for herself in the city. Her earliest oeuvre focused on nature as well as the climate’s impact on it. These interests developed in her childhood, when her Girl Scout troop visited forests and national parks. She even went to Denmark for a camping trip. Her interests in and escapes into nature further developed when she moved to major cities. “Moving across the world exposed me to different ecosystems,” she says, contrasting the Saudi Arabian desert to the Mediterranean peninsula.

Some of her earlier works, along with those of Camille Warmington of Houston, were featured in “Of the Land: Two Artists Find Renewal in Nature,” on display earlier this year at the Botanical Research Institute of Texas. Her other shows include group exhibitions at Bass Performance Hall, the Fort Worth Community Arts Center and the Grackle Art Gallery, as well as in Dallas. Ciardiello also found a creative outlet in philanthropic projects. At North Hi Mount Elementary School, where her children attend class, she revitalized a utilitarian playground and, with the help of students, painted a rainbow. 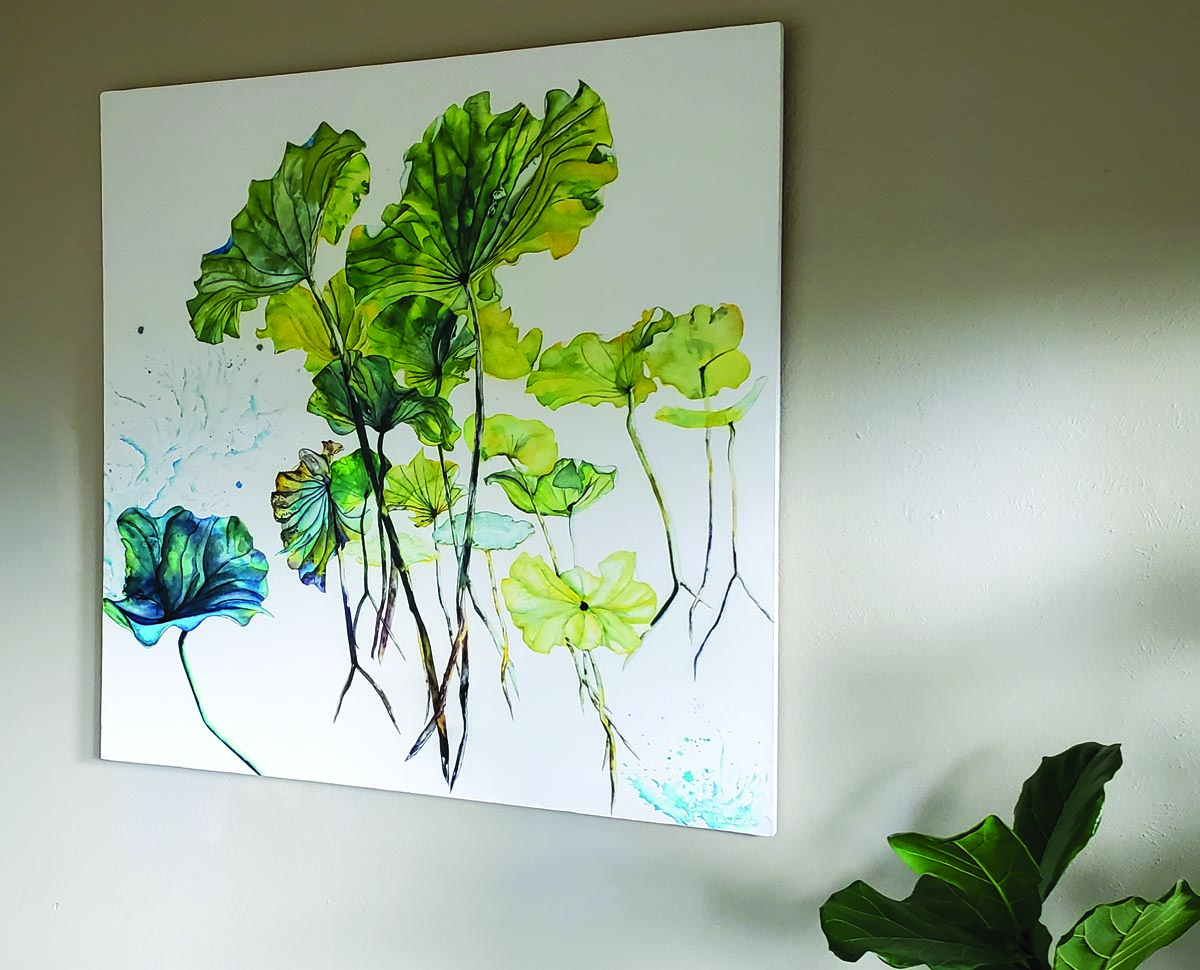 Ciardiello gets much of her inspiration from nature. She spotted some lotuses at the Fort Worth Botanic Garden and the result is this 48-by-48 canvas titled Of the land, Of the water (amphibious), varnished watercolor, salt on paper on panel. It’s currently hanging in the Ciardiellos’ dining room. 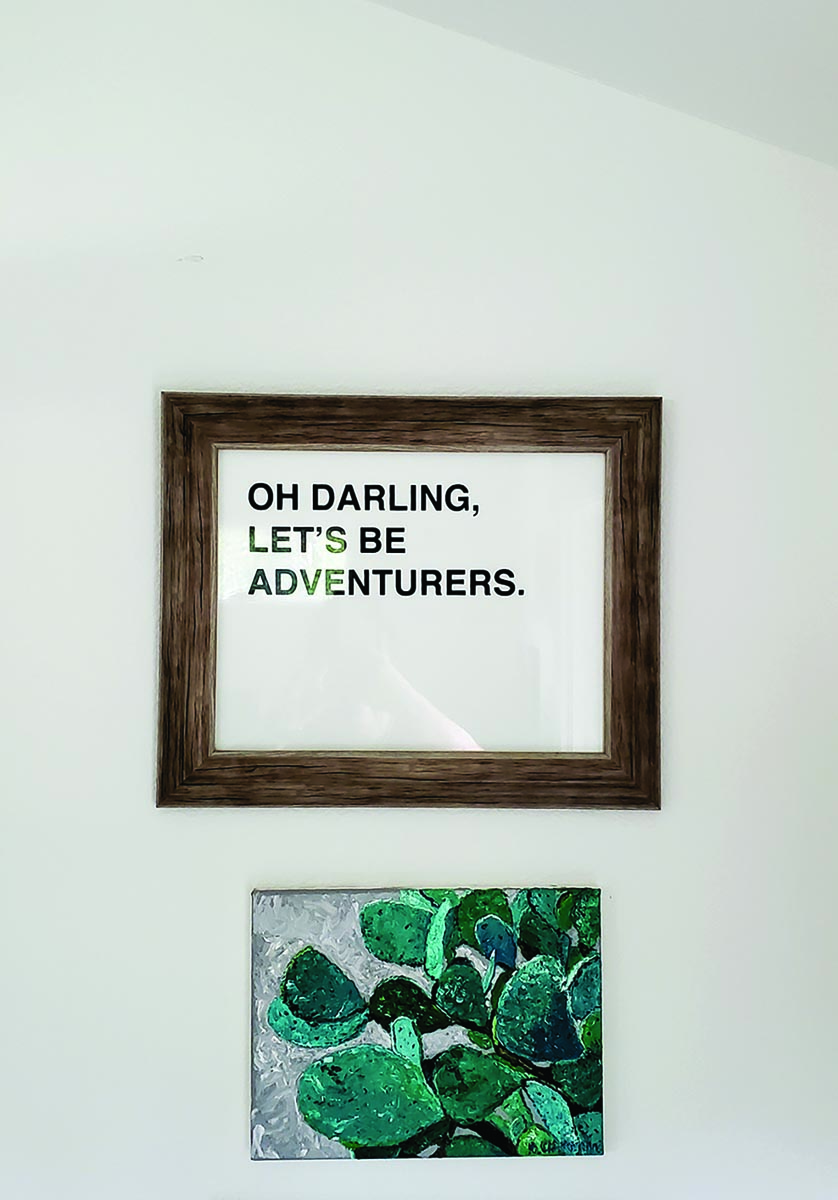 The recognition around town led to her selection as a 2021 Community Artist at the Amon Carter Museum of American Art, a yearlong paid fellowship established in 2018 to find local talent to enhance Carter programming. Those selected also help expand the museum’s reach through workshops, collaborations, events and other creative endeavors for audiences of all ages, bringing more people into the museum. Other 2021 Community Artists include Kalee Appleton, Michelle Cortez Gonzales and Kasey Short.

Until recently, Brenda’s paintings, often are accompanied by poems, did not feature people. A Mexican immigrant, she also didn’t use political and social issues as fodder for her work. Then her artistic tentacles slowly started moving in a different direction. In 2020 came “the summer of social justice,” as she says. It coincided with a shift in her perceptions and work. She noticed a lack of artistic representation of Black and brown people and decided to be part of the change.

One of her most recent works is on display in the library at Hotel Dryce, the new boutique property in the 107 on Byers Avenue. The 48-by-48 watercolor called a rainbow to me depicts a Black boy peering into a lush garden. She produced the work after winning a $4,000 “You Are Here” grant presented to artists of color from Art Tooth, a local nonprofit aimed at elevating emerging artists.

That young man is not just any model in any garden. It’s her adopted son in the Botanic Garden, one of Ciardiello’s favorite spots in the city. She says that while he’s only 7 years old, he has been the subject of negative stereotypes she has fought more than she cares to talk about. 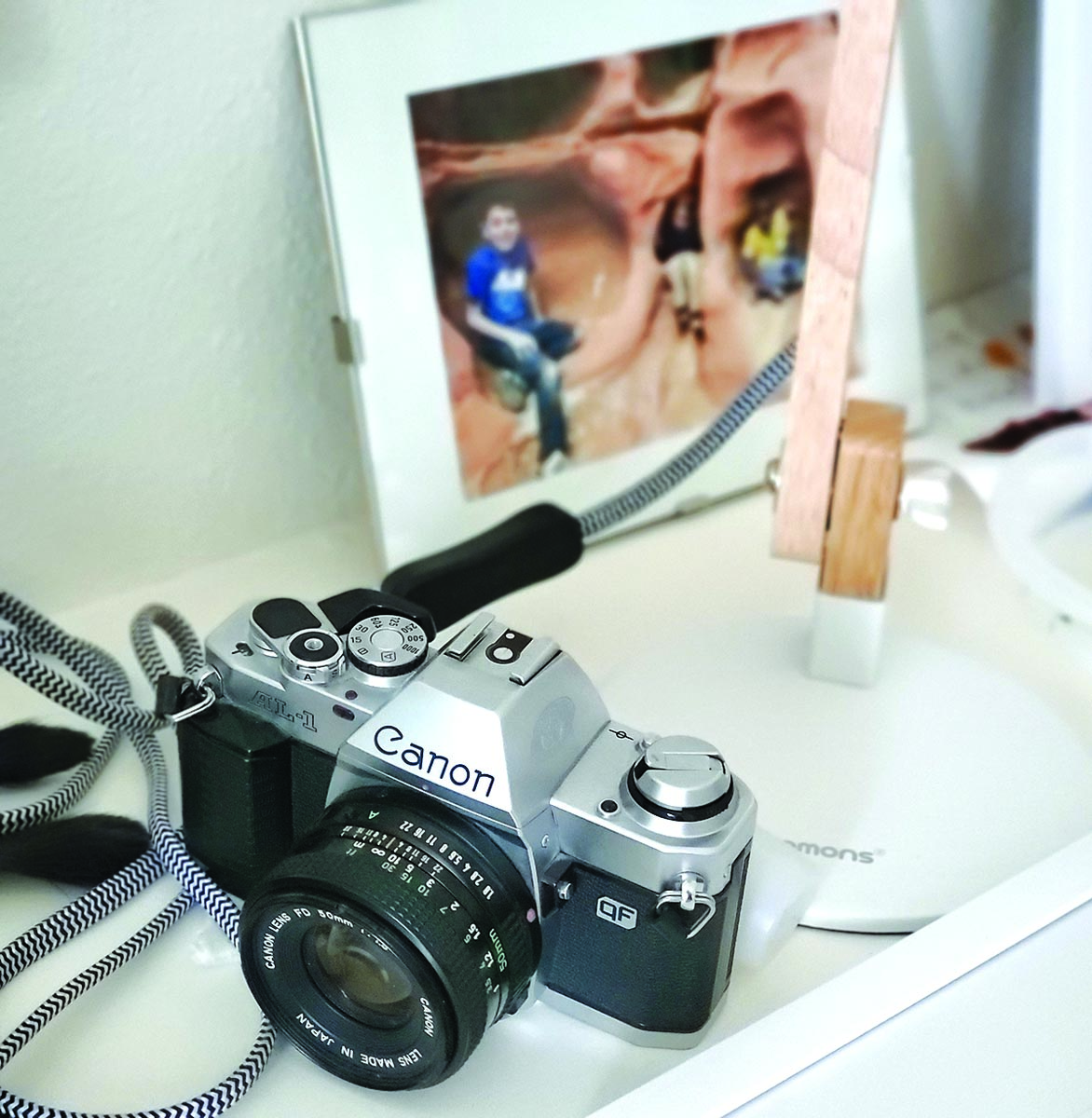 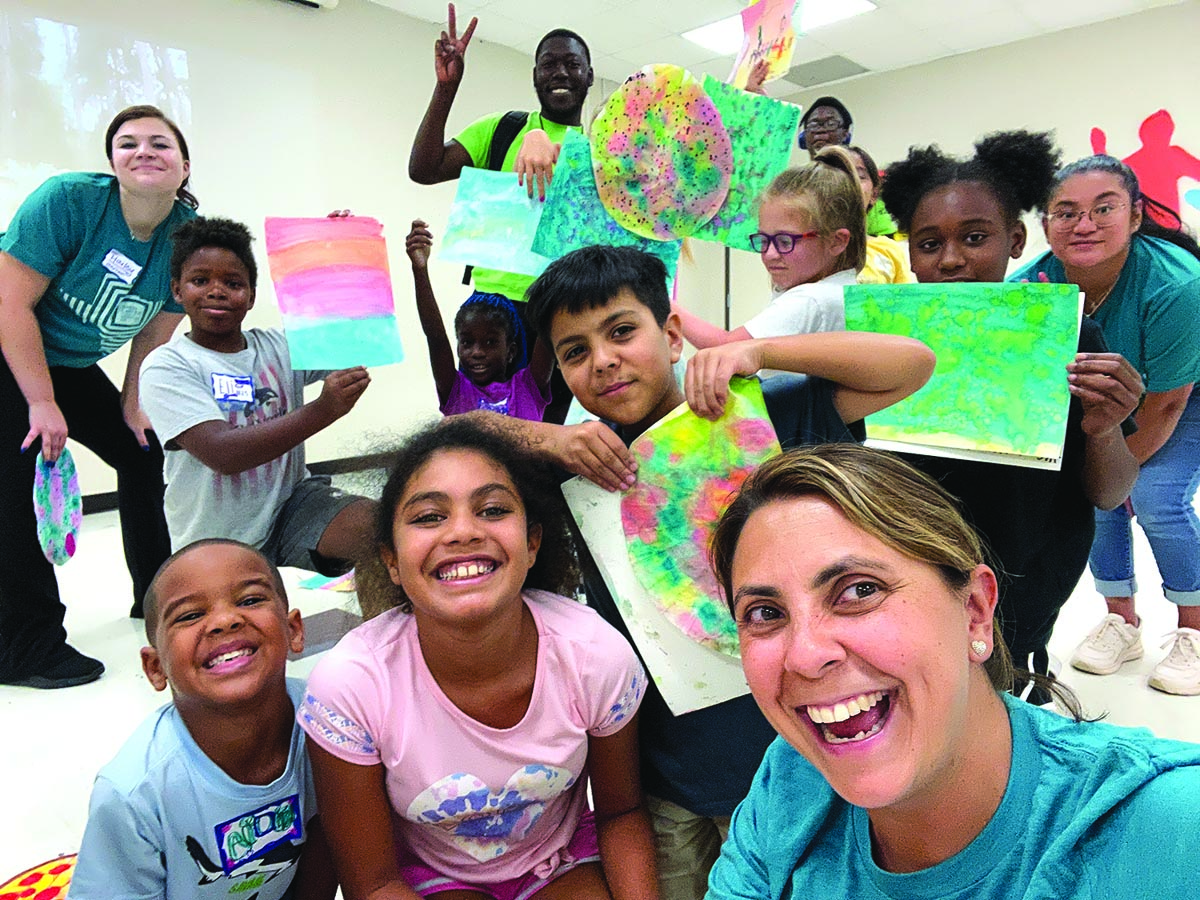 As a Community Artist for the Amon Carter Museum of American Art, Ciardiello does outreach at community centers. Photo courtesy of Brenda Ciardiello

“As a mother, I create art to increase perception of my son but also to promote equity,” she says. The painting is an homage to him, a push into a new artistic direction and an evolution of her fascination with nature as a place of beauty and togetherness.

Brenda Ciardiello Learn more about the artist and her work on the website, which also features pieces for sale. For more information brendaciardiello.com