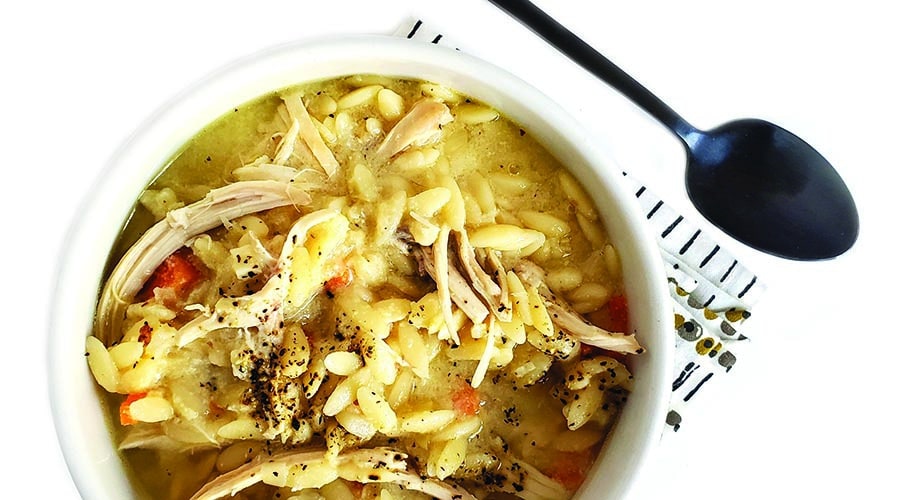 Chicken soup for the family and the soul

Rachel Navejar Phillips and Edward Phillips are bona fide 107 loyalists, having recently moved back to their beloved ZIP code after straying briefly to another part of Fort Worth. Food and family are two constants in their lives.

“Since as long as I can remember, my mother’s side of our family has always had regular weekend family breakfast get-togethers. She is the last of 10 children, so there were times — pre-COVID — where 50 to 70 people would attend,” says Rachel.

“My uncle Joe would bring his homemade chorizo; my aunts cooked up the eggs, potatoes, bacon, tortillas, etc. These breakfasts meant so much to all of us.”

When Rachel left Fort Worth for college in New York, she admits she was a bit homesick. She didn’t know anyone there but quickly made friends who became her new “family.”

“My amazing suitemates quickly took me in on weekends and the holidays when I wasn’t able to come home. We formed a melting pot of cultures, including African American, Indian, Mexican and Greek.”

One roommate was from Staten Island. “Stephanie also came from a large family who had big gatherings with amazing food specific to their Greek culture. One of my favorite things they would make was avgolemono, a lemony chicken soup.”

Rachel and Edward, who married in October 2016, today live in Crestwood, where their newly remodeled home includes a cook-friendly kitchen. “Edward may have been slightly overwhelmed the first time he attended a family breakfast since he comes from a small family but, as a couple, food has been a way for us to learn more and discover other cultures while spending time together.”

Rachel says she does most of the cooking, but that Edward takes his turn with certain recipes, including Rachel’s version of avgolemono. “I honestly think he makes this Lemon Orzo Chicken Soup better than I do.”

When they’re not cooking at home, favorite places to eat in the 107 include M&O Station Grill, Bella Italia West and The Original. “You can usually find us at The Original most Sundays for late lunch, sitting in Cindy’s section with a big group of our friends,” says Rachel.

Heat butter in a stockpot over medium heat. Add shallots and saute for 2 to 3 minutes.

Add garlic and saute for an additional minute. Add chicken stock and spice mix. Stir and turn heat to low.

Add egg whites to a food processor and whip until frothy.

Add egg yolks, lemon juice and about a cup of the chicken stock mixture to the food processor. Blend for a few minutes. Pour into stockpot.

Add orzo; cook over medium-low heat for about 30 to 45 minutes until tender. (We threw in about a cup of finely diced carrots, too.) Add shredded chicken during the last 15 minutes of cook time.